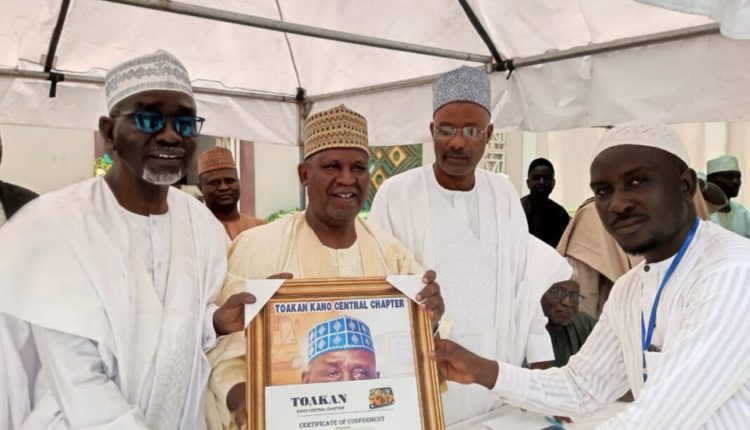 The Senator representing Kano Central at the National Assembly, Malam Ibrahim Shekarau, was on Saturday conferred with award of recognition by tricycle riders association.

The two-term former Governor of Kano is credited with introducing tricycle, popularly referred to Adaidaita Sahu, during his first tenure.

Shekarau was conferred with the award by the Kano Central chapter of the Tricycle Operators Association in Kano on Saturday.

Speaking while presenting the award on behalf of the group, the tricycle riders Chairman, Nura Sabiu Umar, the award was an appreciation to his foresight for introducing tricycles when he was Governor of the state.

He said courtesy of introducing the scheme, the riders have been able to settle down and cater for their daily family needs.

Responding, while receiving the award, the Senator thanked them for the recognition and called on them to continue to be law-abiding.

Solacebase reports that there are approximately over 60,000 tricycle operators across the Kano, according to the state’s Road and Traffic Agency, KAROTA.