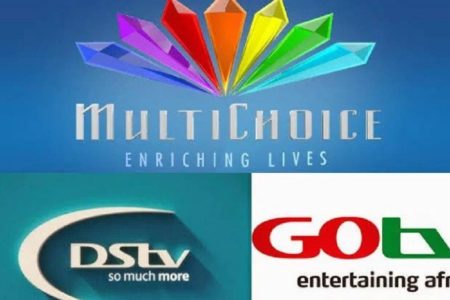 Last Wednesday, to be precise, the Senate at plenary, considered a motion kicking against the tariff increase by MultiChoice Nigeria, a leading PayTV company operating in the country with business interests across Africa.

The chamber, in its resolutions, demanded a probe into the hike in tariff amid a call for the downward review of bouquet prices.

Accordingly, a seven-man ad-hoc panel was constituted by the Senate President, Dr. Ahmad Lawan, to investigate the circumstances surrounding the sudden price increment, particularly at a time when the country is faced with stifling economic realities.

The investigating panel, Chaired by the Deputy Whip of the Senate, Senator Aliyu Sabi Abdullahi, has six other lawmakers as members.

Senator Sabi Abdullahi, a versed and highly experienced legislator, is a veterinarian and researcher by profession, who also served as spokesman of the Eighth Senate.

The ad-hoc committee under his leadership was given a one-month deadline to submit its findings and recommendations in a report to be debated during plenary for adoption by the chamber.

Whilst a lot of Nigerians applaud the pro-people effort by the Senate to halt the plan by MultiChoice to effect tariff increase, one Opeyemi Maiyegun, authored what clearly was an article maliciously intended to denigrate and blackmail the upper chamber for its responsiveness.

He described the action by the Nigerian Senate in response to the hike in tariff by MultiChoice as a “faux concern for the masses”, and called on it to probe other issues of importance such as the Kaduna train attack. How ridiculous!

To be honest, the writer displayed a high level of ignorance concentrated in crass assumptions about the posture and accomplishments of the Ninth Assembly on matters of security, otherwise, how could he not know that the Senate had a day earlier, on Tuesday, March 29, 2022, debated the train attack by terrorists? What a way to goof!

I strongly believe there are a litany of questions begging for answers. Is he (Maiyegun) not aware of the numerous motions and point of orders raised by lawmakers at different times on the deteriorating security situation across the country? How does he explain the fact that he lacks knowledge of the robust and passion-driven contributions of lawmakers who had severally criticised the federal government and security agencies over their inability to tackle insecurity, but was able to follow the motion on tariff increment by MultiChoice?

Was he oblivious to the fact that the Senate in its resolutions at three different sittings in 2020 – January, July and December –  requested the President to sack the Service Chiefs as a result of the lingering insecurity? Was he also not aware that it was the resolutions of the chamber on the Senator Kashim Shettima motion, considered on December 1, 2020, that prompted the eventual removal of the Service Chiefs seven weeks later on 26th January, 2021? How much more pro-people can a Parliament get!

What I can possibly infer from Maiyegun’s hypocrisy and lack of knowledge on these events is that not only is he not informed at all, he is, in fact, far from being the patriotic individual which he wants us to believe that he is.

How The Nigerian Market Sustains MultiChoice

It is no longer news that the Nigerian market spins the highest earnings for MultiChoice on the continent of Africa. This, apparently, seems to be a major reason behind the persistent clamour by the National Assembly and Nigerian subscribers for reduced prices on packages and the demand for Pay-As-You-View regime (PAYV) as mode of subscription as against same being Pre-Paid.

About six years ago in 2016, DStv said its total subscriber base in Africa was about 10.4 million across 50 states, with Nigeria alone having about 1.5 million subscribers. This, of course, excludes GOtv subscribers.

A report by Digital TV Research, a UK analysis firm, projected that by 2027, MultiChoice subscription base will double by hitting 20.8 million subscribers across its DStv and GOtv platforms in Africa. It is expected that DStv subscribers will double to 3 million in Nigeria alone, excluding GOtv subscribers.

In addition, out of the $6.46 (USD) billion projected revenues for Pay-Tv subscriptions in 2027, DStv will rake-in about $2.4 (USD) billion from Africa, with about 15 percent of the total amount which is a staggering figure coming from Nigeria alone.

Now, let us assume that the new increase by DStv which ranges between N450 and N550 for each subscriber is nothing to complain about, when the average amount of N500 is multiplied by 1.5 million users, which is the number of subscribers six years ago – and by the way isn’t the figure in 2022, it means DStv will generate an additional N750 million excluding the total revenue it makes on subscriptions every month depending on the package. For a year, that comes to N9 billion naira.

In my considered view, that is an outrageous amount to be raked by a non-Nigerian entity on a differential price increase alone. The news of this would be likened by Nigerians to a white collar heist orchestrated by MultiChoice under their very nose. Had Maiyegun restrained his itchy fingers and maintained décorum without getting biased with the Senate, perhaps, the lid of DStv’s pandora box may have been kept tightly shut, but no thanks to him. He may, however, wish to weigh his chances carefully in the future before attempting a similar endeavor.

The Nigerian People vs MultiChoice

Several entreaties by the National Assembly for MultiChoice to introduce the Pay-As-You-View (PAYV) subscription regime or implement a reduction to prices have always met a brick wall.

An attempt by the South African company to effect an increase to subscription rates in September 2020, was halted by the Federal Government when it explained that doing so would be “hostile  to Nigerians who are currently going through harsh economic conditions” as a result of the coronavirus pandemic at the time.

The move by MultiChoice to effect a price change caused both chambers of the National Assembly to intervene promptly by calling for the Pay-As-You-View regime as it obtains in some African countries.

It wouldn’t be the first time that the National Assembly and Nigerian subscribers have made such demand. Both chambers had before 2019 requested the PayTV service provider to replace its Pre-Paid monthly service with PAYV.

Responding to the request on January 11, 2019, the Chief Customer Officer of MultiChoice, Martin Mabutho, in an interview he granted in Lagos, without any consideration to the demand of Nigerians, was emphatic and final in his response.

Mabutho stated categorically that the company would not operate the Pay-As-You-View subscription mode.

The reason he advanced was that the contract entered into with their suppliers was on a monthly basis, hence, there was no going back on same.

His exact words, “We are NOT going to introduce pay as you view system. Our contract with our suppliers is on month to month basis.”

“The issue of NOT introducing pay as you view remains. NOTHING will change it.

“We are NOT going to do it. Our contract with our suppliers are month to month basis. The channels do not belong to MultiChoice”, he added.

At another instance, the Chief Executive Officer of MultiChoice Nigeria, John Ugbe, while appearing before the House of Representatives Ad-hoc Committee investigating the non-implementation of the PAYG subscription model by satellite TV operators on October 13, 2020, explained that they do not have the technology to help them render the PAYG billing model as requested by most Nigerian subscribers.

According to him, the PAYG model being implemented by telcos is not compliant with satellite TV.

In an attempt to unravel the claims made by the CEO of MultiChoice that the PAYG or PAYV is not complaint with satellite TV, I decided to read through the “Terms and conditions of subscription to MultiChoice’s digital satellite subscription broadcasting service for Commercial Use” found below:

Contrary to claims made by the CEO, MultiChoice, in fact, offers different services in the various countries where it operates.

Against the backdrop of the provisions of the MultiChoice Agreement, the Senate probe panel would have to determine if, indeed, DStv has the capability to provide Pay-As-You-View service since it claims to have different equipments that render different services in the various coverage areas where it operates.

The ad-hoc committee also has the responsibility to unearth all MultiChoice Service, or aspects thereof, in whole or in part, that are available at all places in every country in which MultiChoice provides Service.

Where the ad-hoc committee finds that MultiChoice, indeed, has the equipment and capability to offer the PAYV or PAYG service, it must make a recommendation to the upper chamber for adoption, directing the PayTV company to introduce the service immediately for the benefit and satisfaction of Nigerian subscribers.

Tabiowo , a Special Assistant (Press) to the President of the Senate writes from Abuja.

Nigeria and the disposition of depreciation of appreciation- Bala Ibrahim

Prev Next
22 Comments
Leave A Reply