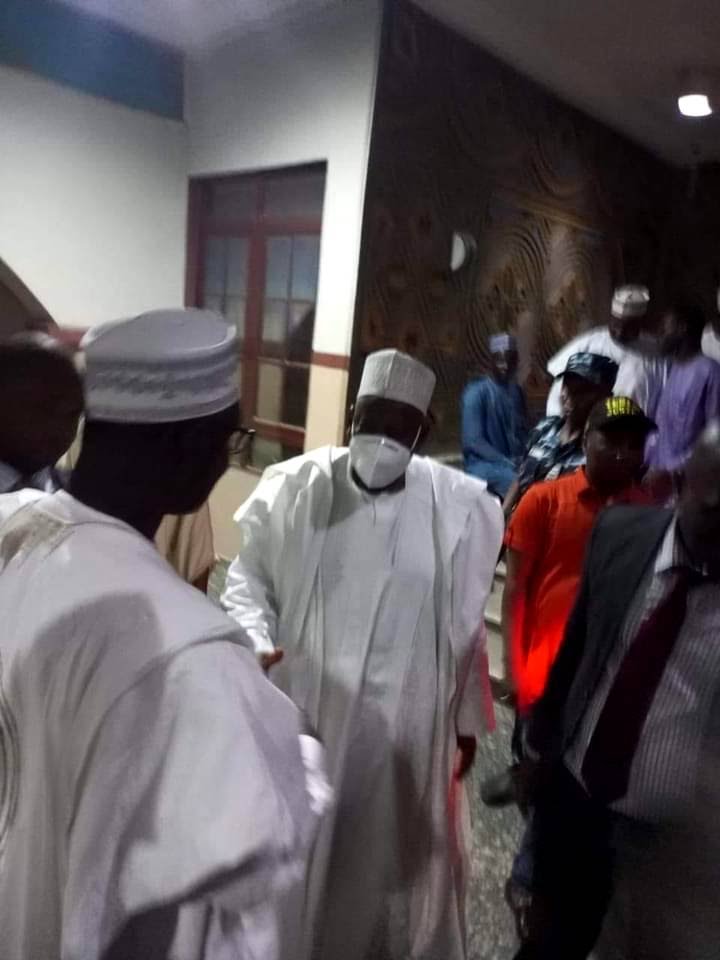 The Kano state governor Abdullahi Ganduje has paid a surprise visit to the residence of Senator Ibrahim Shekarau who plans to dump the ruling All Progressives Congress (APC) for the New Nigerian Peoples Party (NNPP).

The NNPP is led by the Kwankwasiyya supporters under the leadership of Sen Rabiu Musa Kwankwaso who took over the party recently.

Shekarau is said to be dumping the APC for the NNPP to be able contest for his senatorial seat in the coming election, a situation that might not be possible under the APC after having a parallel contest as one of the members of the G7 in the party.

According to the Vanguard, sources from Shekarau camp say all arrangements for his joining the NNPP have been concluded and it is rumored that he is going to announce his intention to join the NNPP Saturday morning.

Ganduje who was accompanied by House Leader Hon Ado Doguwa and some cabinet members along with some other major party stalwarts visited Shekarau Friday evening with the intention of convincing him to consider staying back in the ruling party where they met for almost an hour.

However, on his arrival at the Mundubawa residence of Shekarau, Ganduje was later wooed by crowd chanting opposing slogans against him expressing displeasure with his visit.

Meanwhile no further information has been given on the outcome of the meeting.

It was gathered that Kwankwaso arrived in Kano on Friday as part of plans to receive Shekarau into the NNPP fold.