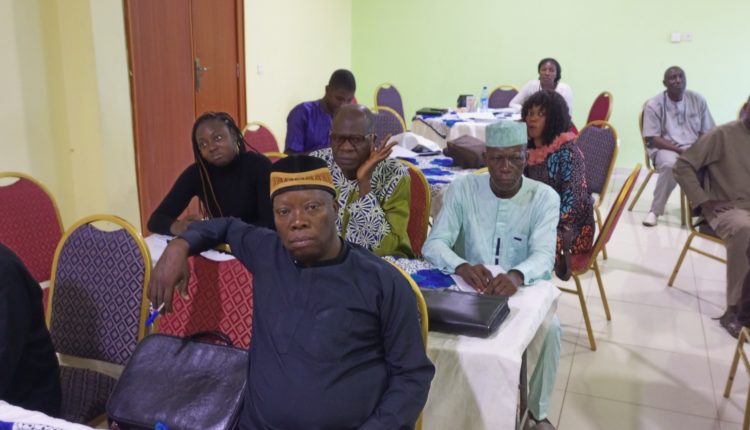 Media Organizations in Kogi State have been called upon to promote positive, inclusive images of women and men with disabilities and stimulate a climate of non-discrimination and equal opportunity at all levels of the economy.

The Chief Executive Officer of Stallion Times, Isiyaku Ahmed made the call during a one-day training workshop for journalists on disability reporting in the media, in Lokoja.

Solacebase reports that the training is under the Participatory Governance and Media Literacy project tagged “Get Involved, Dialogue and Improve (G-DRIP)” being implemented by Stallion Times Media Service in Kano and Kogi states.

Ahmed said the training is necessary because of the common and negative stereotypes of persons with disabilities which have penetrated the public, the media, and the governance eco-system in many states of Nigeria.

He said the objectives of the training among others are to promote issues-focused reporting on Disability to gain prominence in the mainstream media that would influence national action towards disability, to train journalists to report on people with disabilities PwDs issues for print, broadcast, and digital media, and to engage journalists to report on PwD issues in ways that highlight their concerns on everyday happening.

He maintained that journalists have a role to play in the media space to professionally increase the representation of PwDs, and reinforce positive thinking rather than portray PwDs in stigmatizing ways, as objects of pity, or as mere Statistics.

The Chief Executive Officer noted that the media faces a lot of challenges in terms of funding and poor capacity, but is in a unique position to reshape the public image and improve the living condition of persons with disabilities through research and proper reporting of critical issues that affect disabilities in Nigeria.

Earlier, in his goodwill message, the State Chairman of The Nigeria Union of Journalists Alhaji Adeiza Momoh Jimoh commended stallion times for the training and called on members to avail themselves of the opportunity.

Adeiza noted that Providing People living with disabilities with trusted information in accessible formats gives them the tools to advocate for increased participation in employment and education.

APC Flagbearer : The gambit and the gimmick of the game- Bala Ibrahim