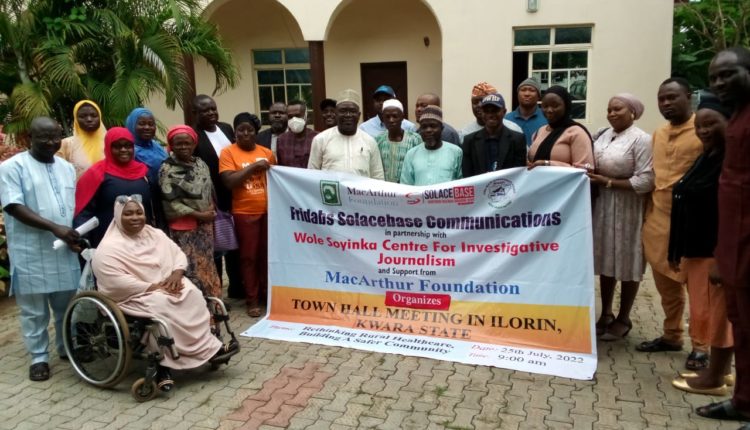 Health stakeholders have advocated generation of employment for Primary Health Centres (PHCs) within the community to address shortages of manpower in rural areas.

These were part of resolution at a town hall meeting organized by Fridabs Solacebase Communications in Collaboration with Wole Soyinka Centre for Investigative Journalism with the support of MacArthur Foundation held in Ilorin, the Kwara State capital, recently. 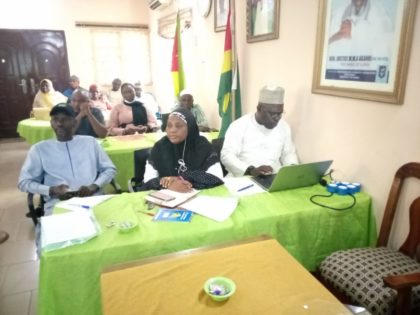 Abdullateef Jos said the essence of the town hall meeting was to fashion out ways to address challenges facing effective and qualitative healthcare at the grass root.

‘’Our investigative reportage in some north western and north central states of the country have revealed some inadequacies militating against effective Primary Health Centre to include non- release of budgetary allocations, misappropriation of funds where available, inadequate drugs and lack of skilled manpower among others,”Abdullateef  Jos noted.

An attendees at the meeting, Mr. Lawal Olarewaju, of Budgit, noted that for effective PHC, there is the need to ensure that local government administration are made to function by various state governments.

Prof. Osagbemi said the problems are not insurmountable with a strong political will, community participation, accountability, media support in sensitization and investigative reportage and the use of change agents.

On her part , the Executive Secretary, Kwara State Primary Health Care Agency, Dr. Nusirat Elelu said the agency had just one nurse to itself as of 2019 and 44 presently after the recent engagement of 43 new nurses.

“When the Primary Health Care Development Agency was established as an organ of the state, staff were moved as legacy staff from the Ministry of Health in the defunct department of primary health into the agency.

“But only one nurse was approved along and for over 10 years, no recruitment had taken place.

“When we came in and did our assessment, made a case to the governor that we had just one nurse in the whole Agency and he approved the recruitment of 50 nurses for the state primary healthcare agency which was unprecedented.

“So far, 43 of them have assumed duties after their three months training at the UITH and General Hospital Ilorin, before we redeployed them to different primary healthcare centres across the state in areas where they had very serious human resource gap.”

Solacebase reports that the town hall meeting with the theme: Rethinking Rural Healthcare, Building A Safer Community had attendees that include, academia, health workers, Civil Society Organizations, Physically challenged persons, media and policy implementers from across the 16 local government of the state.

Meanwhile , a campus outreach was conducted by Fridabs Solacebase Communications at the Kwara State College of Nursing and Midwifery on the need for the students to embrace rural posting on the completion of their training so as to improve health care delivery at grass root. 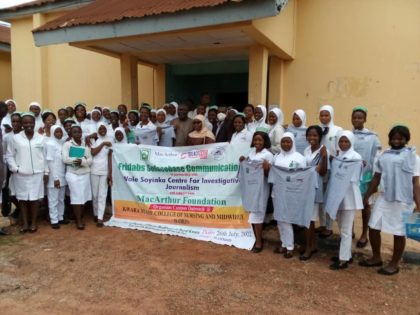 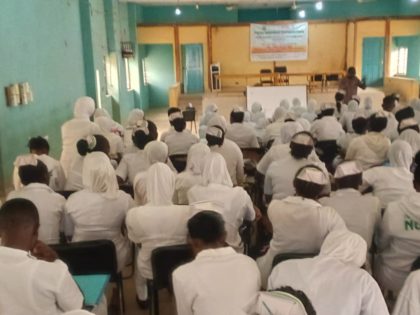 Addressing the students , most of them who are in their final year, Prof. Gordon Kayode Osagbemi emphasized for them to live with the spirits and motto of the nursing profession,’’ Caring with passion’’, should be extended to serve in any community to enhance access to health care.

Is President Buhari a liberator or mistaken messiah? Adamu Aminu