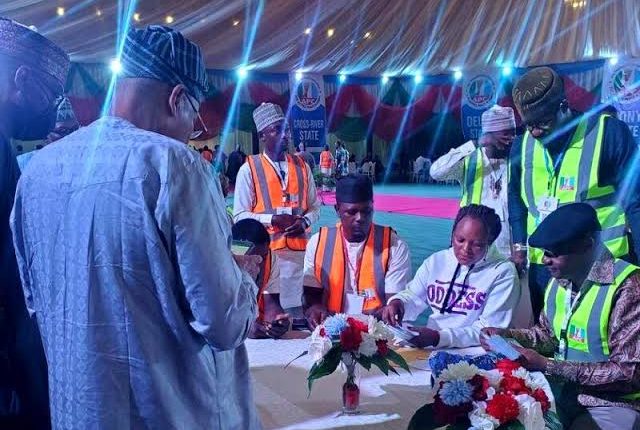 Voting began in the All Progressives Congress (APC) presidential primaries in Abuja for the 2023 flag bearer of the party.

2, 203 Delegates are in the voting process to determine the fate of Asiwaju Bola Tinubu, Vice President Yemi Osinbajo, Ahmad Lawan, 9 Others

Voting is still ongoing as of 6:00 am on Wednesday.