Recall that gunmen suspected to be Boko Haram fighters stormed the facility on Tuesday night, blew up parts of the facility using dynamites and freed at least 600 inmates.

However, the President on Wednesday visited the prison facility to assess the level of damage. 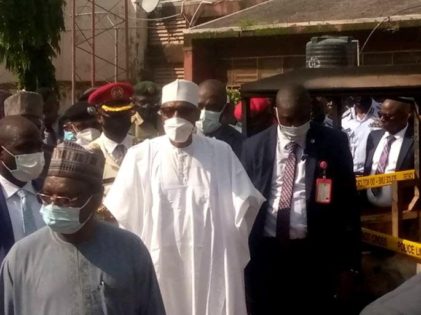 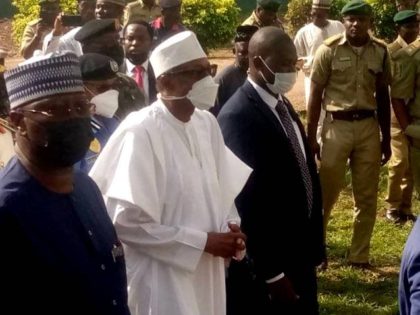 He was surrounded by a host of security operatives, including the DSS, the Military and the Police during the brief tour.

The President inspected vehicles that were destroyed and was escorted around the facility for an assessment of damaged infrastructure. 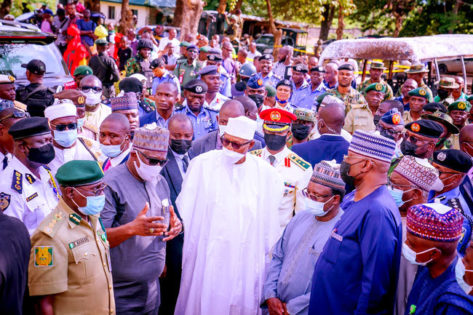 Buhari was reportedly on his way out of the FCT to a conference in Senegal but detoured for an impromptu visit to the correctional centre.

He has, however, not made any comments on the situation following his visit.