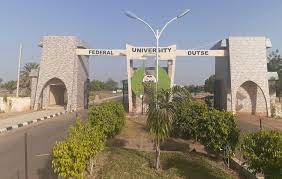 As part of their effort to contribute to the fight against malaria, a team of researchers  at Federal University Dutse (FUD) led by Professor M.M.Dogara has  discovered species of mosquitoes in Jigawa  that are resistance to most insecticide treated nets available in the state  except the nets treated with a particular insecticide called Primiphosmethyl.

Solacebase reports that the research which was sponsored by the Global Program for Malaria Control under the Surveillance for Mosquitoes Resistance against three classes of insecticides(Pyrethroids, organochlorine, and organophospates) in the 36 states of the federation including the Federal Capital Territory

Prof. Dogara said the research became necessary when it became obvious that mosquitoes all over the world are developing resistance to  Long Lasting Insecticides Treated Bed Nets(LLITN) coated with pyrethriod insecticides.

The Lead Researcher said they collected mosquito larvae from these sites and grew them to adulthood in the laboratory where they are sorted into males and females before conducting the test to see their resistance to insecticides.

He said the female anopheles mosquitoes with variants such as anopheles gambicae, anopheles collonzi and anopheles arabiansis are all resistance to bed nets coated with Pyrethroids, organnochlorine and organophosphate insecticides.

According to him , the research finding shows that only Primiphosmethl insecticides kills mosquitoes 100 percent and their recommendation is that henceforth only bed nets coated with Primiphosmethl should be deployed to Jigawa.

Prof. Dogara expressed gratitude to the Vice- Chancellor, Prof. Abdulkarim Sabo Mohammed who was instrumental to the winning of the N4 million research grant from the donors  because institutions competed to get the grant and at the end FUD was chosen.

He said  the VC is keen to help staff win research grants because its part of the core mandate of universities.

Prev Next
9 Comments
Leave A Reply