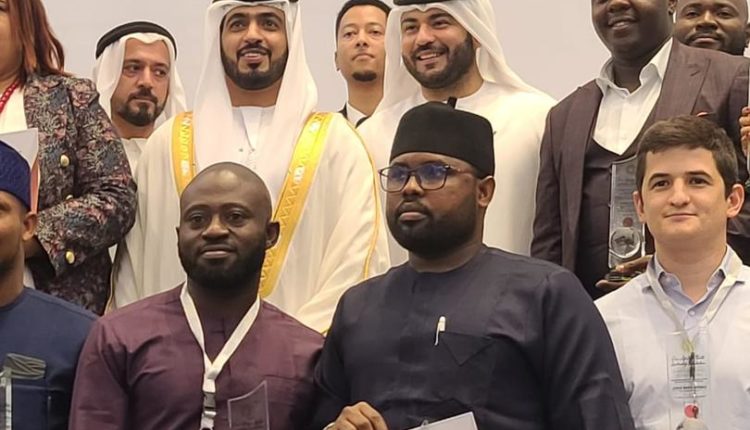 Ramat was named the most influential youth leader of the year for his leadership contribution in breaking the barriers with the innovation of Information Technology (IT) to deal with security challenges in his area with creation of various job opportunities for youths, at an event held on Saturday, in Dubai.

The award was bequeathed on him by His Highness Sheikh Rashid bin Majid Al Mualla, who is the ruler of Dubai. 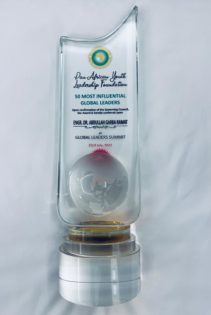 He said the objectives of the  award and summit are to inspire individuals from around Africa and recognize their contribution that has added value to the creative endeavors in serving humanity.

‘’To create a common platform to empower the youth network within the World and to motivate young people to be good leaders in their respective countries,‘’ Mualla said.

Solacebase reports that the 5th Global Leaders summit where the award took place held in Dubai digital park, UAE had a theme,’’ Breaking Down Barriers’’. 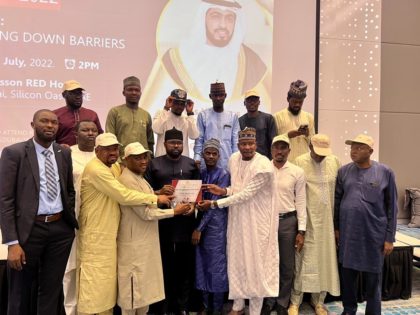 Speaking shortly after the event, Engr. Abdullahi Ramat said the glory of the award goes to God for giving him the opportunity to serve his people.

”I also appreciate Kano State Governor, Dr. Abdullahi Umar Ganduje for providing us good leadership to emulate and support to initiate various program the people are benefitting from,” Ramat said.

”Similarly i appreciate my people of Ungogo who mostly welcome and embrace our new programs and key into them.”