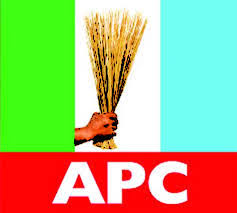 An All Progressive Congress (APC) aspirant for the seat of the house of representatives representing Kumbotso local government area of Kano, Muhammad Auwal Sarari has rejected the result of primary election conducted last Friday.

Sarari, kicked against the result over what he called the use of illegal and unauthorized delegates in the election process.

In a petition addressed to the state party chairman, Abdullahi Abbas, the DSS and the Independent National Electoral Commission (INEC), the aspirant called on the authorities to look into the issue for consideration in other to avoid crisis in the party.

The petition reads; “Sir, today Friday 27 May 2022 is the day fixed by you to conduct primary elections in the state but in our local government there was breach of party guidelines by the aspirant by changing the original list of local government delegates to participate in the election.”

According to the chairman of the election committee, Sani Mukaddas, the process was duly observed without any hitches and all delegates were accredited.