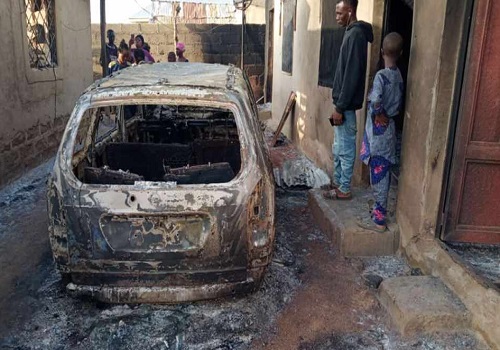 Gov. Bala Mohammed of Bauchi State on Saturday imposed a 24-hour curfew on Yelwa-Tsakani, Yelwa-Lushi, Kagadama, and Birshi communities in the outskirts of Bauchi metropolis.

This is contained in a statement by Mr Aminu Gamawa, Chief of Staff, Government House, Bauchi.

According to him, the move is sequel to a community clash where three persons lost their lives, many injured and some houses razed.

He said the decision to impose the curfew was to forestall attempt by some miscreants to thwart peace and tranquility in the area.

“It would be recalled that in the evening hours of Friday the 27th May, 2022, some miscreants in Yelwa and its environs in Bauchi LGA took laws into their hands and embarked on looting properties, burning houses, cars, and attacking innocent citizens for reasons currently under investigation by the authority.

“Government will not fold its arms and allow some criminal elements and their sponsors to disturb the hard-earned peace, security and harmony being enjoyed in Bauchi State.

“Following an emergency security meeting held today, 28th May, 2022, there has been a massive deployment of security personnel to restore and maintain peace in the affected areas.

“Free medical care is being provided to the injured and the government has ordered a full scale investigation into the immediate and remote causes of the disturbances.

“In view of the foregoing, a 24-hour curfew is hereby imposed in Yelwa and its environs, especially Lushi, Tsakani, Kagadama and Birshi Areas of Bauchi LGA,” he said.

He said the measure was not intended to cause hardship to the people rather to restore peace and order, adding that the timings for the curfew will be reviewed from time to time as peace returns.

He added that those found culpable would be dealt with according to the law, saying the security agencies had made some arrests.

“The government wishes to appreciate and thank the security agencies, traditional institutions, religious bodies and law abiding citizens of Bauchi State for their various roles in containing these crises and ensuring peace across the state.”

JUST IN: Tambuwal steps down for Atiku