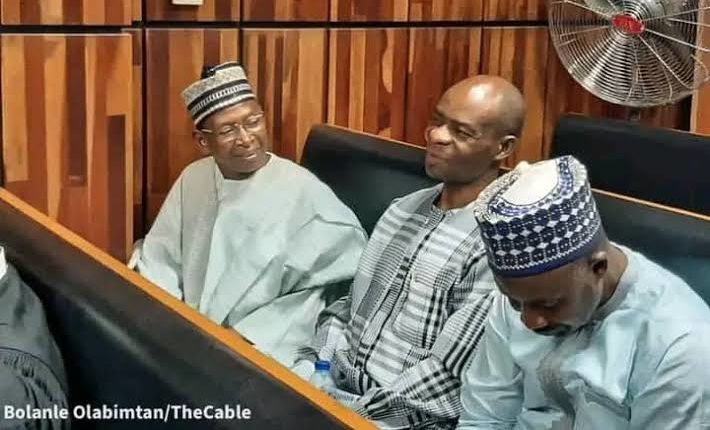 A Federal High Court sitting in Abuja has granted the suspended Accountant General of the Federation, Ahmed Idris and his co-defendants bail upon terms and condition given by the Economic and Financial Crimes Commission (EFCC).

Delivering ruling, Justice Adeyemi Ajayi ordered that the defendants shall not leave the Federal Capital Territory, and should they want to, they would have to seek clearance from the court or have their bail revoked.

The court also stated that the defendants shall sign an undertaking that they will abide by the bail conditions by the EFCC.

Justice Ajayi also ordered that the defendants should not have and shall not procure alternate passports until the case is done with, having deposited their original passports to the commission.

The trial Judge gave the ruling on grounds that the allegations against the defendants are yet to be proven.

The court also stated that in line with the rule of law, the defendants are entitled to bail in-spite of allegations against them, since the prosecution did not mention that the defendants misbehaved while in EFCC custody.

Trial has commenced immediately after the ruling on bail application.