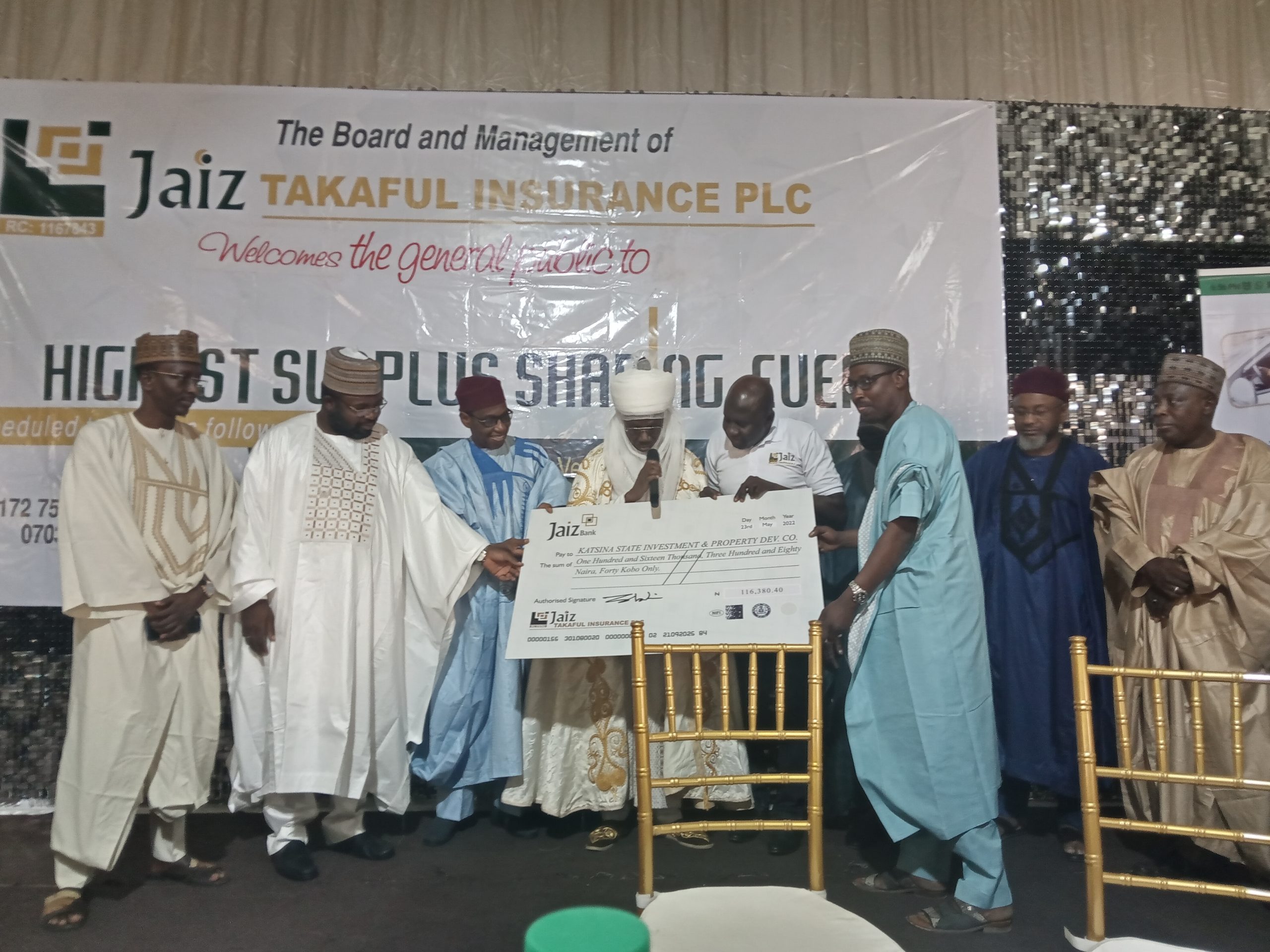 A premier Islamic insurance company, Jaiz Takaful Insurance PLC, has distributed surplus worth 84.6 million naira to its clients in Kano for the 2020 fiscal year.

The company’s Managing Director, Ibrahim Usman Shehu revealed that one hundred and twenty one million naira surplus was realised from which 80% of the money was distributed to the participants and 20% into their reserve.

Shehu who narrated the historical performance during the distribution noted that the insurance company has come to stay in the industry.

“Takaful is a system of insurance that is based on non-interest finance whereby people and organisation (called participants) contribute money into a pool (fund) which is used to pay their losses, damages or financial suffering (claims) arising from certain risk over a period,’’ Shehu said.

“Claim expenses, commission and retakaful expenses are generally deducted from the fund, if money remains in the fund at the end of the company’s financial year, it is shared among the participants who do not suffer any loss (claim) in proportion to each participant’s contribution.”

He further noted that so far 600 participants have benefitted from the shariah-compliant insurance company in Nigeria. 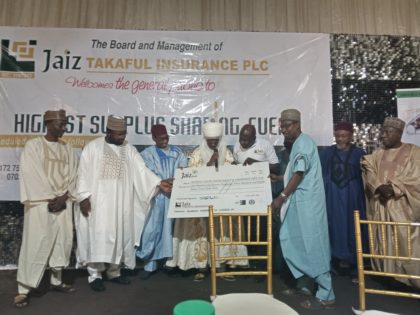 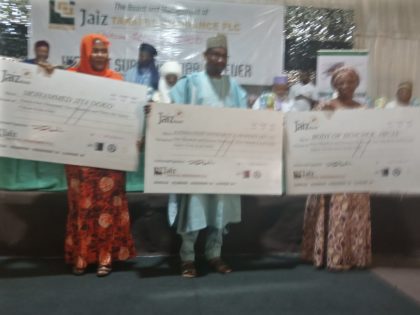 While acknowledging the challenges facing Islamic banking institutions in Nigeria, the guest speaker, Dr Bashir Aliyu Umar said Islamic finance is making giant progress since the inception of Jaiz Bank which was being trailed by other non-interest banks such as TAJ, Lotus and other windows in conventional banks.

Presenting the symbolic cheques, the Emir of Kano Alhaji Aminu Ado Bayero expressed his happiness with the successes being recorded by the company.

The Emir represented by Alhaji Mohammed Dankade called on businesses and people in Kano that do not have insurance cover to consider joining Jaiz Takaful or any insurance company of their choice to reap the benefits therein.

On his part, Kano State Governor Abdullahi Ganduje said the State recently ordered engaging Jaiz Takaful Insurance for 100 buses procured for use in the state.

The governor represented by his Special Adviser on Intergovernmental Affairs Hon. Muhammad Tofa said the State is committed to patronizing the company, saying government buildings and businesses would be covered by Takaful.

Solacebase reports that three symbolic cheques were presented to beneficiaries while other participants would be credited with their surplus within 24 hours.

Prev Next
34 Comments
Leave A Reply