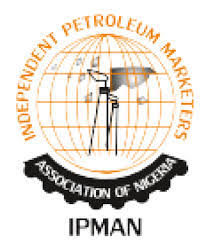 The Independent Petroleum Marketers Association of Nigeria (IPMAN), has asked its members across the country to obtain permanent voter cards (PVC) before the expiration of the deadline to enable them vote competent and credible leaders in 2023.

The directive was contained in a statement signed by the IPMAN chairman Kano chapter, Alhaji Bashir Danmallam, and issued to newsmen in Kano on Friday.

The statement said the directive followed a meeting with the National President of the association, Mr Chinedu Okoronkwo with the mandate for him to asked members to obtain their PVCs.

It said the association had also resolved and directed its members not to give salary to any staff working under them until such staff present their PVC.

‘’The association found It necessary to take the measure so as to ensure that all its eligible members obtain the PVC to enable them exercise their civic responsibility by participating fully in the forthcoming general election in 2023,’’ the statement said.

The IPMAN chairman urged the Independent National Electoral Commission (INEC) to extend the period of PVC registration to enable many of its members living in places where there is no effective network coverage, to register.

According to him, the union was ready to open offices to facilitate the registration exercise as it had given similar support to the National Identity Management Commission where it assisted the agency with computers for the issuance of National Identification Number (NIN).

He noted that besides the Federal Government, their organization is the highest employer of labour in the country and called on INEC to consider the possibility of extending the deadline for the registration.

He, therefore, urged their members to make the best use of the opportunity to register before the expiration of the deadline.