In the spirit of world environmental day-Dahir Muhammad Hashim 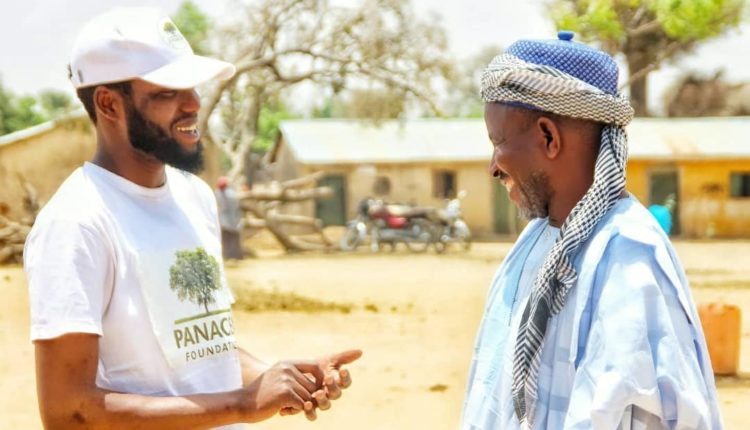 As the ecosystem continues sliding down the path of unprecedented degradation, my generation is being left with the necessity of making peace with nature in order to bring in transformative changes towards cleaner and greener lifestyles.

Climate change is now the most pertinent crisis of our time. In northern Nigeria, climate change is one of the root causes of a wider range of increasingly worsening social and environmental problems, including desertification, flooding, farmer-herder clashes, unemployment, and increased rate of respiratory and mental illnesses.

Heat waves and other natural calamities continue to cause devastation, especially within the northern part of Nigeria. In Kano, for example, there have been serious concerns about high heat during the dry season.

Recall that the state witnessed an unusually heightened frequency of deaths and life-threatening illnesses during the extreme heat wave in 2020. Then, everyone agreed that additional trees were needed to help with carbon sequestration and improve the cooling effect of trees on our environment.

The Panacea Foundation was given this honor for our commitment to tree planting, environmental education, and activism. However, as the rainy season started, the conversation came to a screeching halt.

Globally, there have been numerous attempts to mitigate climate change since the beginning of this century. Notable among these is the annual Conference of Parties, among many other conventions. Despite these efforts,  we are still not doing enough to avert climate change crises. Today, the average global temperature is rising by 1.5 degrees Celsius which is projected to rise to 3.2 degrees Celsius before the end of the century.

Sadly, in Nigeria, climate change actions are primarily not taken seriously by stakeholders. Despite the government’s reiterations of commitment to implementing the global sustainability agenda, its actions and implementation plans are woefully inadequate and in-efficient. Consequently, the Panacea Foundation and other well meaning, patriotic and passionate individuals and organisations need to come together and safeguard our common future.

Owing to the weak and inefficient participation of Nigeria’s government, and based on the understanding that we are all responsible for ensuring the preservation of our environment, I became committed to the environment. As a young medical practitioner, I intend to create solutions to rising and emerging human diseases, which can be linked to anthropogenic causes.

We have substantial evidence proving that excessive heat wave from green house effect, can cause mental health problems including mood and anxiety disorders, schizophrenia, substance abuse, kidney damage due to dehydration, and many other life threatening illnesses. We understand that the future generations will pay the ultimate price if nothing is done to avert this disaster. Therefore, as human, we must understand the urgency to protect our mother Earth to guarantee our survival.

The key solutions to these increasingly worsening climate crises require us to set ambitious tree-planting targets and enforce laws that will put an end to thoughtless and unnecessary deforestation. According to recent studies, planting trees is the natural, most proven and effective way to combat climate change. No technology or machine has yet been created that is more efficient than trees in absorbing carbon dioxide and other harmful gases. As a result, planting them is a task that we must all take on.

It is distressing to see our leaders and their generation, who have benefited from a favourable environment, ignore the existential threat of climate change. The lack of candor and sincerity in their efforts to protect and maintain our natural riches remains embarrassing.

The statistical evidence is unmistakable. According to the United Nations, cities will house more than 70 per cent of humankind by 2030. Kano’s metropolitan area contributes for 60 to 70 per cent of the state’s economic production and employment. To put it another way, failing to reduce greenhouse gas emissions will have serious consequences on economic growth, human health, and the environment.

Only one species, the human race, is a threat to the planet’s ecological balance. As a result of the devastation, numerous trees and animal species are on the point of extinction. These issues receive little attention in any of the major daily newspapers.

Our existing way of life, if left uncontrolled, poses a significant threat to our planet’s ecology and collective future, which includes all of the creatures with whom we share this planet.

As a result of my concern, I’ve decided to devote my time and energy to environmental activism and education. Climate change, in my opinion, should be a major priority for all of us. For a long time, I’ve been actively participating in debates regarding our environment with other like-minded people. People have shown genuine concern so far, and as a result, I’ve been able to maintain meaningful relationships with people who share my interests.

This everyday engagement provides me with the knowledge and experience I require to develop solutions and enhance our commitments as proponents of sustainable development.

Our Kano Afforestation Drive, which has already planted 15,382 trees, thanks to our dedicated volunteers, will soon embark on its third phase, which aims to plant 100,000 seedlings from June to September 2022 to create a more emancipated environment for people to live, work, and play in. As we grow more aware of the risks to our planet, sustainability becomes more important. Why aren’t we adapting to the changing climate as a result? Now is the time to act to save our environment while we still have the opportunity.

The human mind knows no boundaries but our planet does.

Hashim, writes from Kano and can be reached via Dahiru.muhd1993@gmail.com

Quality Assurance and Academic Progress in KUST: A testimonial of innovative stride…

Pantami’s grand exposés on cybersecurity and the datafication of society-Yushau A.…