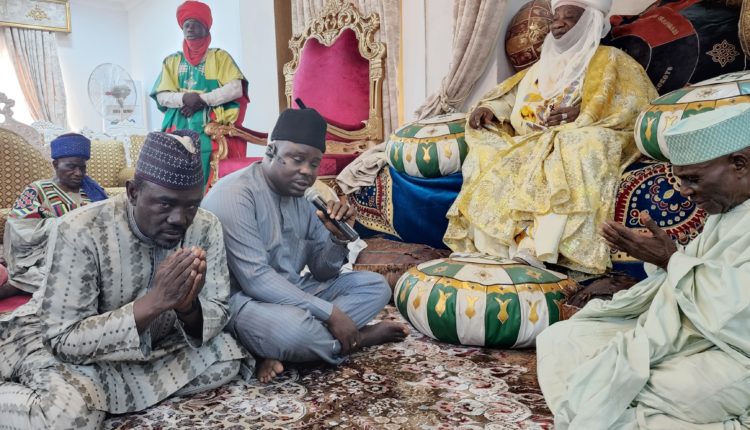 Sheikh Agaka, the father of PRNigeria’s publisher and Editor-in-Chief, Yushau Shuaib, passed away on Saturday, at 77.

Solacebase had reported that the prominent Islamic scholar and Chief Imam of Agaka in Ilorin Emirate of Kwara State, died at a private Hospital in Ilorin, after a brief illness.

Sheikh Abdulhameed Agaka, a Doctor of Philosophy, PhD-holder, was born into the family of Imam Shuaib Saeed, a renowned Qur’anic teacher and Islamic leader.

The Emir, Alhaji Sulu Gambari expressed deep shock over the demise of the father of PRNigeria’s publisher, while hosting a delegation of the late scholar’s family, at his palace, on Monday.

Urging the delegation led by Dawudu Agaka, Alhaji Hanafi Folorunsho Kawu, and the entire family of the departed cleric to take solace in the reality that Sheikh Abdulhameed lived a fulfilled, unblemished and righteous life, the Emir said Kwara, and Nigeria, in extension, have lost an iconic Islamic preacher of unrivalled acclaim.

According to the Ilorin Emir, the family of Sheikh Agaka is one that is synonymous with ‘Islamic evangelism and crusade’ for several decades in Nigeria, as late Abdulhameed remains one of the greatest Arabic Islamic scholars produced by the Emirate.

Alhaji Sulu Gambari, while recalling how he benefitted from Islamic preaching of Sheikh Abdulhameed, he added that, his mother  also spent her tender age learning the Qur’an from the patriarch of Imam Agaka.

Meanwhile, the Chief Imam of Ilorin, Alhaji Muhammadu Bashir Solihu, has described Dr. Abdulhameed Agaka as an exemplary preacher who preached tolerance, humility and peaceful coexistence towards a better society, while praying at the graveside of the deceased. 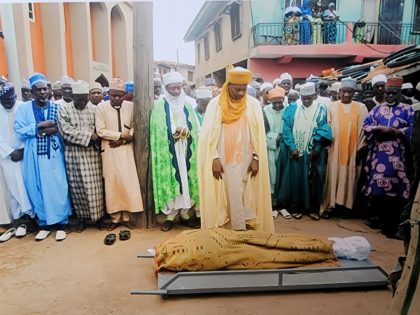 Speaking on behalf of the ‘Forum of Arabic Scholars of Darul Markaz’, Prof. Yusuf Lanre Badmus  Yusuf, also described the late Sheikh Agaka as a unique religious leader, who nurtured and supported several young religious scholars, on the true teachings of Islam.

Prof. Badmus, former Dean, School of Postgraduate Studies at the University of Ilorin, said: “Dr. Abdulhameed Shuaib Agaka was not only an author of exceptional Islamic literatures as a scholar, but he was a community leader and philanthropist who provided scholarships, including accommodations for indigent students for decades, especially in Kano”.

Late Sheikh Abdulhameed Agaka attended the School for Arabic Studies, SAS, in Kano, before proceeding to the Bayero University Kano, BUK, where he obtained a Ph.D in Qur’anic Morphology and Arabic Grammar.

He taught Arabic and Islamic Studies at the Kano Educational Development Centre, KEDC, between 1971 and 1974. He was at various times the Head of Arabic Studies Departments at School for Arabic Studies; Women Arabic Teachers College, and the Aminu Kano College of Islamic and Legal Studies, to mention a few.