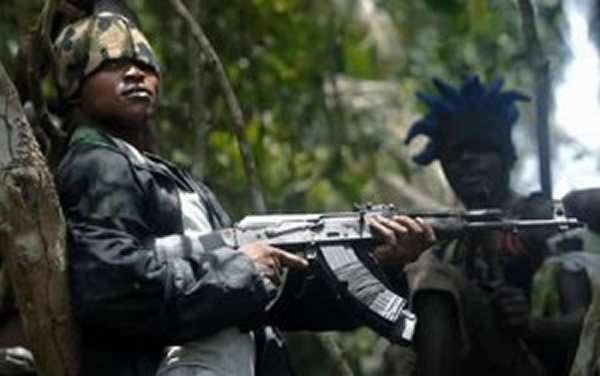 Gunmen in three Toyota Hilux Vans razed the country home of the Commissioner for Justice and Attorney-General of Imo, Cyprian Akaolisa, on Sunday.

Also razed was his father’s house in Obibi, Awo-Idemili, Orsu Local Government Area of the state.

The News Agency of Nigeria (NAN) reports that gunmen also razed part of the commissioner’s house in 2021.

Sunday’s attack was, however, a total devastation of the commissioner’s house and that of his father.

The commissioner confirmed the attack in a statement he issued in Owerri on Sunday.

Akaolisa alleged in the statement that the arsonists were of Southeast extraction.

“Igbo are a hardworking people who through their years of toil put up structures and leave developmental strides in their communities of origin.

Read Also:Fact-Check: Is drone footage of bandits cooking in the forest from Nigeria?

“Through my many years of struggle, I have managed to put a block on another to build a befitting house for my family; my aged father also has a house he built through his sweat.

“Today, both buildings are in rubbles and ashes – our fellow Igbos burnt them.

“Firstly, last year, these arsonists burnt my country home in Obibi, Awo-Idemili, Orsu Local Government Area of Imo for no just cause.

“This year again, they returned and this time, they perfected the complete burning of even the blocks/bricks.

“In other words, I wish to put on record that my family house is completely destroyed; this was after they used a truck to cart all the properties, fridges, television sets, beds and mattresses, generator sets and other household materials.

“What are my crimes? Who did I offend? And what were my father’s offences?

“I dare ask; where is the Igbo spirit? Who will invest in Igbo or Orsu Local Government Area today under this type of atmosphere,’’? the commissioner queried.

Police spokesman in Imo, CSP Micheal Abattam had yet to respond to an inquiry concerning the arson at the time of this report. (NAN)

Fact-Check: Is drone footage of bandits cooking in the forest from Nigeria?