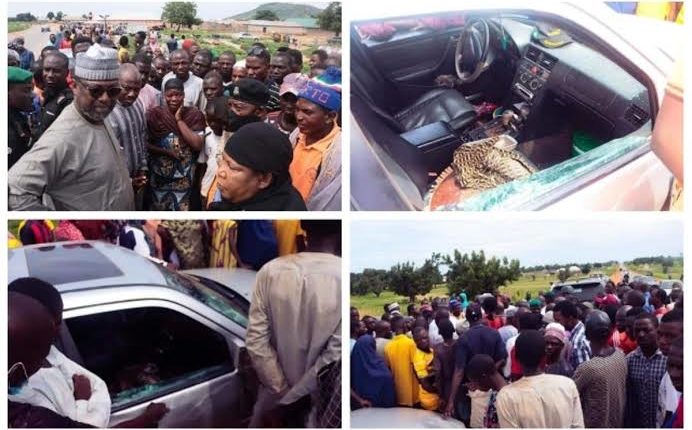 Governor Abubakar Sani Bello of Niger State while returning from Abuja, where he had engagements, stopped his convoy at Paiko, the headquarters of Paikoro local government to assist accident victims.

The accident was between a Mercedes 200 conveying a family of five, travelling to Ilorin, Kwara State and a motorcycle that was overloaded with passengers.

Three out of the five people on the motorcycle had fractures while the other two sustained injuries.

However, those in the Mercedes 200 did not sustain any injury.

The Governor who sympathized with the traumatized victims directed that those who had fractures should be taken to Ibrahim Badamasi Babangida (IBB) Specialist Hospital Minna for treatment.

He also asked one of his aides to ensure the immediate repairs of the car.

Governor Sani Bello further enjoined the Paiko Divisional Police Station to see to the safety of the driver of the vehicle who had reported himself to the station.

Occupants of the vehicle could not hold back their tears as they were overwhelmed by the kind gesture of the Governor.

to the Governor of Niger State.