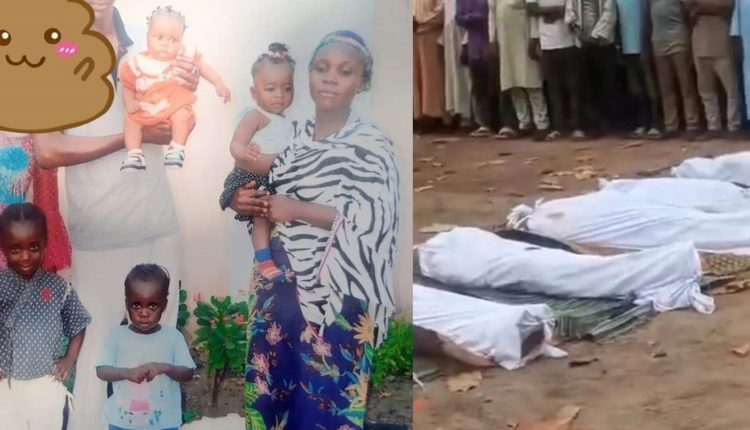 The Ulama Forum in Nigeria has revealed that it is deeply saddened by what it termed as the satanic and terrorist activities of the outlawed Indigenous Peoples of Biafra (IPOB) in the most recent murder of a pregnant woman, her four children and six other northerners in Isulo, Orumba North Local Government Area of Anambra State on Sunday, 22nd May, 2022.

This was contained in a statement jointly signed by the Forum’s Convener Aminu Inuwa Muhammad and it’s Secretary Dr Sa’id Ahmad Dukawa, on Thursday and sent to Solacebase.

According to the statement Late Harira, her children and six others were murdered for no reason than their being Muslims of Northern Nigeria extraction and as such the forum objected to the release of IPOB leader Mr Nnamdi Kanu.

Read Also:Killing of Northerners in S/East will no longer be tolerated — Group

“We now have reason to lend our weight to the voices objecting to the release of the IPOB’s leader, Nnamdi Kanu. The latest crime of the group he leads, in murdering Harira, her children and six others for no reason than their being Muslims of Northern Nigeria extraction, must be added to the list of his unrepentant crimes until the full wrath of the law is brought down on him.

We strongly call on the Anambra State Government to pay full life compensation to the relatives of the deceased, take measures to put a final stop to the barbaric and terrorist acts as well as apologize to the Muslim community the world over. While we call upon Muslims in Northern Nigeria and other places to resist the temptation of any unlawful reaction, ” said the statement.

It further stated that the forum is also calling on the Federal Government and the security agencies to demonstrate that they are capable of protecting the lives and properties of Nigerian citizens irrespective of where they decide to reside in Nigeria, just as sanctioned by the Constitution of the Federal Republic of Nigeria.

2023: Why I rejected offers to be Vice President- Zulum