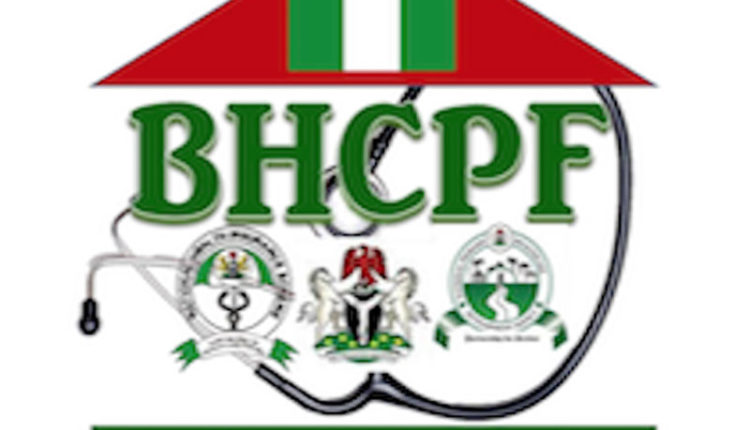 The Federal Government says it disbursed N86 billion for the Basic Healthcare Provision Fund (BHPF) as at June.

The Secretary of the Oversight Committee of the Federal Ministry of Health, Dr Chris Isokpunwu, made this known on Monday in Abuja at a ministerial media conference on the developments in the health sector.

According to him, about N56 billion has so far been disbursed to the states out of the amount stated.

He said that the fund, inaugurated in 2019, was meant to strengthen public health facilities.

”With those releases, more than 7,000 Primary Health Care (PHC) centers get operational fund on a quarterly basis to provide for essential medicines, transportation for vaccines and other medical consumables in the health sector.

”It also provided for human resource for health and more than 1,500 midwives have been engaged with the fund.

”It is also used to maintain the building and infrastructure and equipment in the PHCs,” he said, indicating that the goal was to ensure that there was at least one functional PHC in each of the 8,809 political wards in the country.

He also said that about 83 per cent of the target had been reached as over 7,500 PHCs had already been reached.

Isokpunwu said that the fund was established to strengthen the PHC system, provide basic minimum package of health services for all Nigerians, especially the poor and indigents, and provide emergency medical treatment.

According to him, the basic minimum package of health services is a comprehensive package of preventive, curative, rehabilitative provision including education for the prevention of illnesses and the promotion of health of Nigerians.

”As at today 1,040 million poor and indigent Nigerians have been enrolled to have access to basic minimum package of health services.

”This means that these people that have been enrolled in 35 out of the 36 states and the FCT now have access to free medical treatment for common ailments and even surgeries, taking care of a broad spectrum of health conditions that Nigerians may and will be exposed to.”

He, however, said because the fund was not sufficient, the target currently are the poor and indigent Nigerians who could not afford medical treatment.

He said that the goal is also to reduce the out-of-pocket expenses they incurred.

This, he said, would pull them out of poverty and contribute to the federal government’s objective of lifting 100 million Nigerians out of poverty in the next 10 years.

He said: ”750,000 of them are currently accessing the services and more than 6,500 facilities are receiving funds for the treatment of these people.”

He said that it would ensure the provision of guaranteed emergency medical treatment for all Nigerians, adding that arrangements were at an advanced stage to inaugurate it soon.

“Upon its inauguration, all Nigerians will be guaranteed in the event of emergency that they will receive treatment at urgent care centres and for those poor and indigent ones who cannot pay, the BHPF will guarantee their payment.

”Any Nigerian that has an emergency will be treated without the question of who will pay.”

He also said that under the fund, sickle cell anemia was covered and patients with the disease would be able to access care free of charge.

On reproductive health, the Director, Family Health, Dr Salma Kolo, said that more than 3,700 girls were saved from from Female Genital Mutilation (FGM) as a result of the awareness campaign that took place in five states – Ebonyi, Imo, Oyo, Ekiti and Osun.

According to her, there are more than 200 million people, women and girls affected and living with FGM globally and out of these, more than two million are at risk in Nigeria.

Read Also: Investigation: How cholera killed many in Jigawa after govt claimed it spent billions on epidemic preparedness in PHCs

She, however, said that to reverse the trend, more than 730,000 men and religious leaders and traditional leaders have been trained on the negative impact of FGM.

”The boys were also not left behind. Over 800 boys were sensitised and trained so that they could work together as partners to protect their sisters from such criminal practices that happens in our respective communities.

”So the project will also be scaled up to other parts of Nigeria, especially in the northern part.

”Jigawa and Kaduna states have been identified for this and awareness will continue to be created until we are able to totally eliminate female genital mutilation.”

She said that Nigeria remains committed to the provision of quality access to family planning commodities and services to women of reproductive age group, adolescent and girls, including men to ensure that the nation has the right number of size for its families.

”So part of what was launched by the Minister of Health was the FP 2030 commitment. This is a global commitment, of which Nigeria is part.

”The minister, in collaboration with commissioners from all the 36 states of the federation and all relevant partners, including the civil society organisations, developed a national commitment that is all encompassing, adopting the bottom up approach.

”So this was signed, and we are now working on a strategy for implementation.

”We have adopted the balanced scorecard approach to develop that strategy and we have already started engaging with all the key partners to ensure that it is rolled out at all levels, especially at community level.”

Kolo said that the benefit of the federal government’s commitment to the programme was that there would be provision of quality family planning commodities and services to Nigerians of reproductive age, both men and women.

She added that the nation would leverage domestic resources so that there would be sustainable financing for family planning commodities in Nigeria without over reliance on donors.

She believes that Nigeria would gradually be self sufficient in provision of family planning services. (NAN)

WHO: Monkeypox outbreak common among men who have sex with men