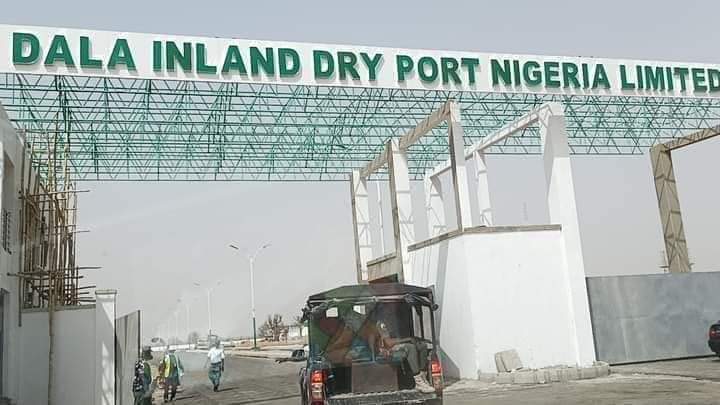 Dala Inland Dry Port in Kano has secured full certification as port of origin and destination, 20 years after its concessional agreement.

By the declaration, the dry port is empowered to operate shipping businesses including clearing and forwarding of cargos directly from anywhere in the world to Kano.

Unveiling Dala port on Friday at Zawaciki area of Kano state, Minister of Transport, Engr. Muazu Sambo disclosed that the declaration was part of Federal government commitment to decongest existing seaports and extend shipping business into the hinterland.

The Minister said the completion and subsequent declaration of Dala Inland Dry Port commenced in 2006 when the Federal government approved six dry ports across the country to boost the nation’s revenue in non-oil sector.

Engr. Muazu stressed that the critical transport infrastructures build on Public Private Partnership on build and transfer model are targeted to facilitate economic viability within the country and enhance tran-Africa free trade agreement with neighboring countries.

Earlier, the Executive Secretary, Nigerian Shippers’ Council (NSC), Mr. Emmanuel Jime declared the unveiling of Dala Inland Dry Port as port of origin and destination would ease means of doing business for importers and exporters in the hinterland.

Emphasizing the economic benefits of the dry  inland port, Jime revealed that the full fledged port would enable shipping activities more cost effective with minimal risk compare with transporting of cargo on the road.

” The impact is going to be monumental. First, why do we need dry port, the dry port on concession is meant to operate like seaport. The only difference is that there is no sea here but every facility you can find at the sea port are here.

” Nigeria’s territory is broad and if you can be able to move shipping into the hinterland you can imagine the level of economic activities you would attract. So, Dala Inland Dry port is a game changer that would transform trade and economy in Nigeria and other neighbouring countries”.

Gawuna disclosed that Kano state government invested over N2.5 billion on the dry port on construction of accessible road network, electricity and other basic infrastructure to attract investors. He expressed satisfaction on the unveiling of Dala Inland Dry Port as port of origin and destination which he said would generate job opportunity and enhance economic development in the state.

Some of Nigeria’s security challenges are imported – Buhari