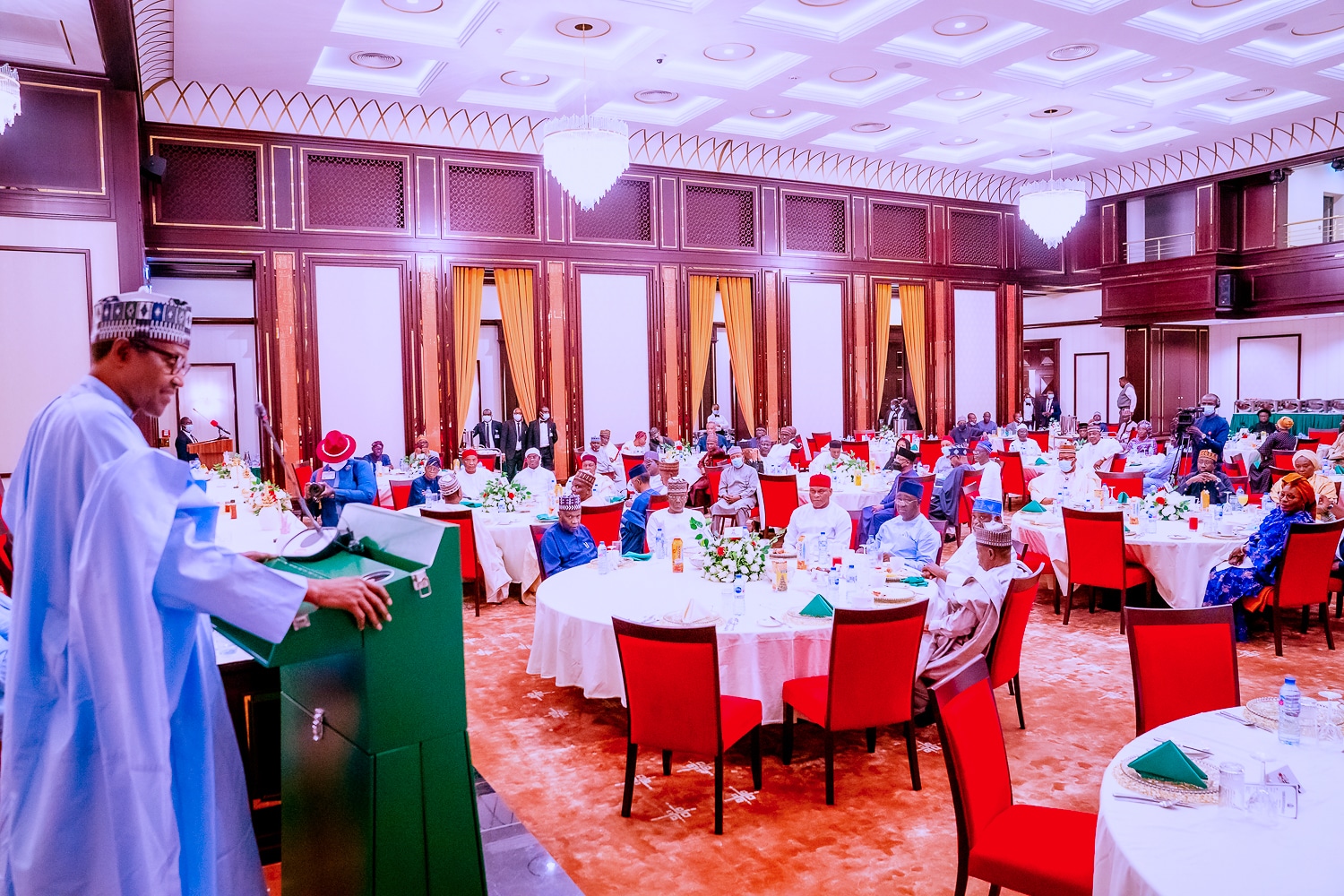 President Muhammadu Buhari has hosted Governors of the 36 States of the Federation, security chiefs and heads of para-military organisations to Iftar dinner at the State House, Abuja, on Tuesday.

The News Agency of Nigeria (NAN) reports that some of the presidential guests had earlier joined the president in performing the Magrib prayer at the Aso Villa Mosque before the commencement of the breaking of fast.

The president had hosted the leadership of the nation’s judiciary to Iftar dinner on Thursday.

At the event, President Buhari pledged that the Executive arm of the government would continue to respect the judiciary within the boundaries laid out in the Constitution in order to strengthen the country’s democracy. (NAN)

“I will continue to speak to rebuild Nigeria” – Sanusi