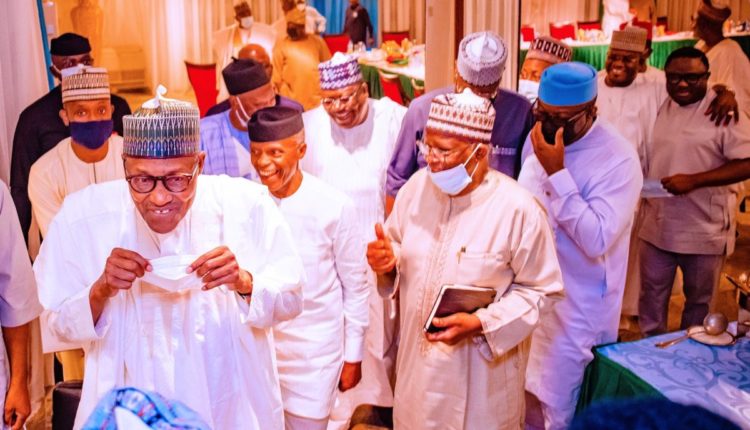 President Muhammadu Buhari is hosting stakeholders of the All Progressives Congress (APC) to a dinner at the state house, hours before the commencement of the party’s special convention.

The event is being attended by the Vice President, Professor Yemi Osinbajo; the leadership of the National Assembly including the President of the Senate, Ahmad Lawan; Speaker of the House of Representatives, Femi Gbajabiamila as well as other prominent members of the party.

It is said to be a follow-up to the meeting he had with the national leadership and presidential aspirants of the party on Saturday night.

It is expected that the president will use the occasion to underscore his desire to achieve a consensus candidate for the party’s presidential ticket before the convention.

Meanwhile, members of the central working committee of the APC are meeting at the Imo state governor’s lodge in Abuja.

The meeting is for the committee to conclude arrangements for the party’s presidential primaries.

Some governors, federal lawmakers, and other party members are attending the meeting.

APC Flagbearer : The gambit and the gimmick of the game- Bala Ibrahim