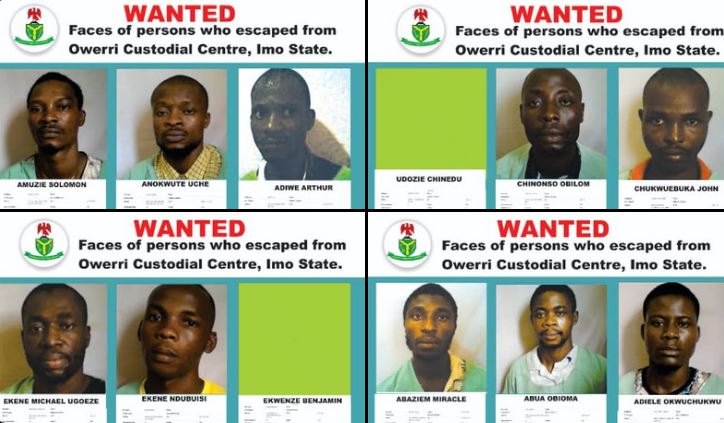 The Nigerian Correctional Service (NCoS) has released the photographs of 69 inmates, including Boko Haram insurgents and others who escaped from the Kuje Medium Custodial Centre on Tuesday following attacks on the facility by insurgents.

But the names of Hamisu Wadume, the notorious kidnap kingpin from Taraba and Boko Haram Commander, Al Barnawi were not in the list. The NCoS authorities were silent on them.

Wadume was being detained in connection with the killing of three members of the Police Intelligence Response Team (IRT) in a special operation led by embattled Deputy Commissioner of Police (DCP), Abba Kyari.

The list which carries the names and photographs of the wanted terrorists and other inmates was the first to be issued by the Service through the office of the Public Relations Officer, Umar Abubakar.

It could not be ascertained if the names and faces were that of some Commanders of the insurgents or members of their families.

But the NCoS only indicated that they are wanted Boko Haram insurgents and inmates who escaped from the custodial centre on Tuesday night.