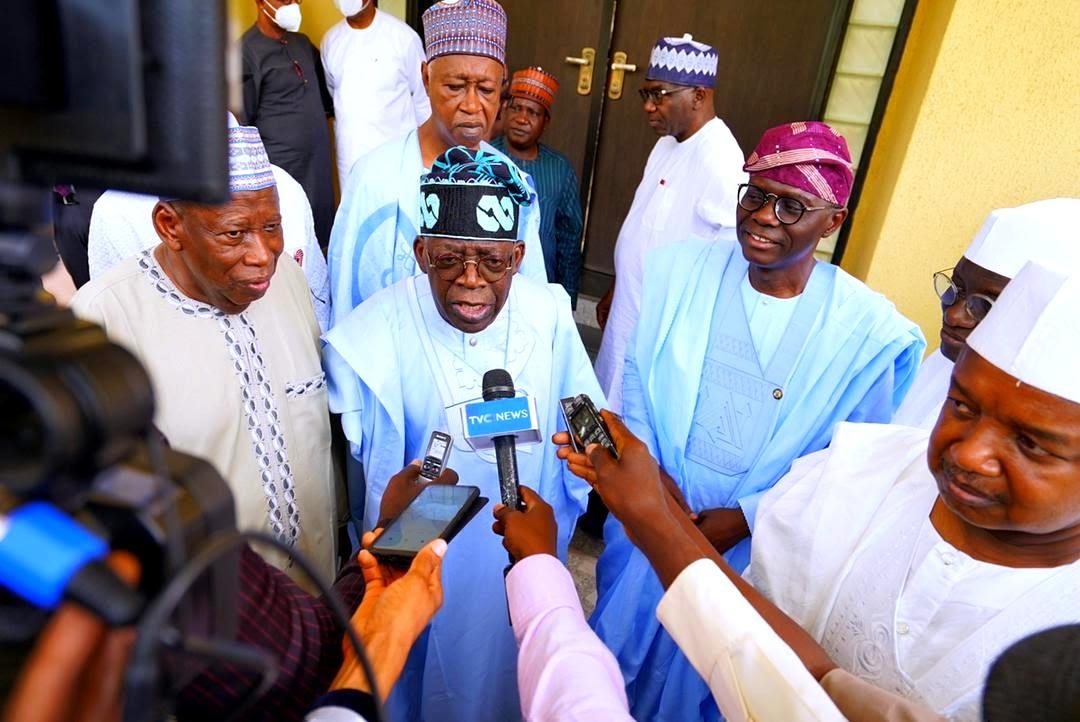 National leader of the All Progressives Congress (APC) and presidential aspirant, Bola Ahmed Tinubu, has publicly disowned his political godson, Vice President Yemi Osinbajo, saying he (Tinubu) has no son who is grown enough to declare for the party’s presidential ticket.

Bola Tinubu stated this after meeting behind closed-doors with about 24 APC governors.

When asked by journalists , to comment on the declaration of his political godson, Osinbajo, to contest the 2023 presidency, the APC leader said, “I don’t have any son grown up enough to make such declaration.”

The former Lagos State governor told journalists that his meeting with the APC governors was one of his numerous consultations with stakeholders on his ambition of replacing President Muhammadu Buhari after the expiration of his tenure in 2023.

“My mission here is to seek collaboration, support and encouragement of my party, the APC, for my ambition to become the president of the Federal Republic of Nigeria as replacement for President Muhammadu Buhari after his tenure,” he stated.

On his part, chairman of the Progressives Governors Forum (PGF) and Kebbi State governor, Abubakar Atiku Bagudu, said there was nothing wrong about Vice President Osinbajo contesting the party’s presidential ticket against his godfather, Tinubu, noting that it was a confirmation of the quality of the party.

He said Osinbajo’s decision to contest against Tinubu does not in anyway put the governors in a tight corner.

Responding to the same question, Bagudu said, “No, no, no. In fact, in the contrary, we appreciate our party because it has become a party that has endeared itself to Nigerians. We have many brilliant people in our party, some serving and some not serving.

“The fact that we have people in our party that express desire to lead the party into the highest office in electoral contest shows how much this our party has resonated with Nigerians and our party members.

Prev Next
8 Comments
Leave A Reply