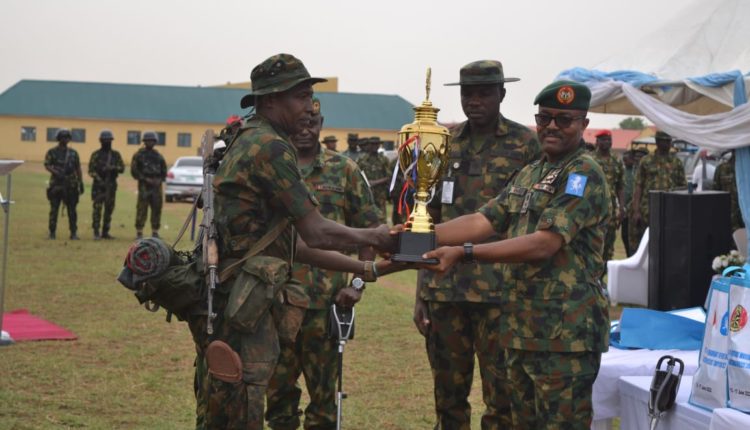 Mukhtar stated this on Friday at the 3 Brigade of the Nigerian Army, Kano, while closing the 1 Division Inter-Brigade Warrant Officers’ and Senior Non-commissioned Officers’ Competition, 2022.

Maj.-Gen. Mukhtar was represented by the Training Officer of the Division, Brig.-Gen. Bede Amakor.

“Judging from the enthusiasm shown and the performance of the respective participating formations, I am satisfied that the objective of this competition has been successfully achieved.

He said that the competition was aimed at improving the troops’ physical fitness, leadership traits and prepare them in fighting insecurity challenges.

“I have no doubts that the events you competed for, have greatly improved your physical and mental capacity.

“You are therefore expected to take back to your various formations and units the experience and knowledge gained during this competition.

“I expect to see a remarkable improvement in your performance in various areas of operations as you go back,” he said.

The GOC assured that such trainings would continue to receive priority attention under his command.

He commended the participants and officials for their dedication, steadfastness and level of discipline displayed during the events.

He also commended the local organizing committee of the competition for the successful competition.

“For those who have won, please keep it up, and for those who did not win, I say prepare better for next time.

“I wish to particularly thank the Chief of Army Staff, Lt.-Gen. Faruk Yahaya, for providing resources for the hosting of the competition,” he said.

The participants were drawn from the 3 Brigade, Kano, 31 Artillery Brigade, Minna and 1 Division Garrison, Kaduna.

Trophies were presented to the formations for their performance.