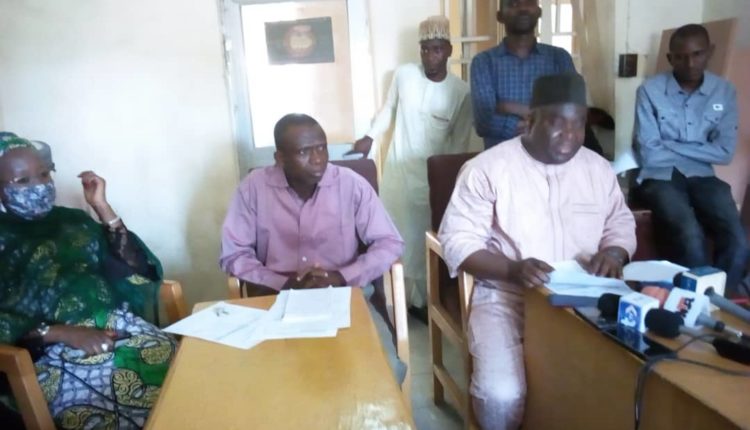 Besides, the joint forum of the commission and CSO have constituted a joint public hearing committee to unravel the alleged killings that ensued during the primary held on Saturday 27th May, at Sani Abacus Indoor Sports Hall.

At a joint press conference in Kano, the State coordinator of NHRC, Mal. Shehu Abdullahi said the commission is uncomfortable with the aftermath of the party primaries where the sanctity of human life was claimed to have been devalued.

Mal. Shehu noted that NHRC and the CSO have received a series of complaints from the members of the public on the gruesome murder of three persons arising from APC primaries, adding that the joint bodies would not remain silent watching the Kano explode in political crisis.

The NHRC explained that consequent upon the magnitude of the allegation, the joint forum resolved to constitute a joint public hearing committee, to provide avenue for members of the general public to submit written and or, oral evidence to fully established a claim of the alleged killings.

President, Kano Civil Society Forum, Amb. Ibrahim Waiya emphasized the resolution of the joint forum and further stressed that the committee is entrusted to collate reports and evidence, which would be submitted to relevant authorities for discreet investigation, arrest, and prosecution of anyone found culpable.

Waiya insisted that NHRC and CSO resolved to follow up subsequent investigation to the logical conclusion until justice is conspicuously served.

Waiya declared that the joint forum is challenging concerned authorities in the state to ensure the protection of lives and property while preventing the raising security threats cropping from political activities during the political season.

“As concerned citizens of Nigeria, who believe in the importance of peace, we are therefore conscious of the need to be proactive rather than reactive to checkmate all potential threats to the peace and security of Kano as activities ahead of the 2023 general election already kick-started.

“The committee shall have membership from National Human Rights Commission and Kano Civil Society Forum. The state coordinator NHRC Mal. Shehu and the president of KCSF, Comrade Waiya would co-chair the committee that would have three weeks to seat and completes the task”, Waiya said