Harira: The best revenge from North -Aliyu U. Tilde 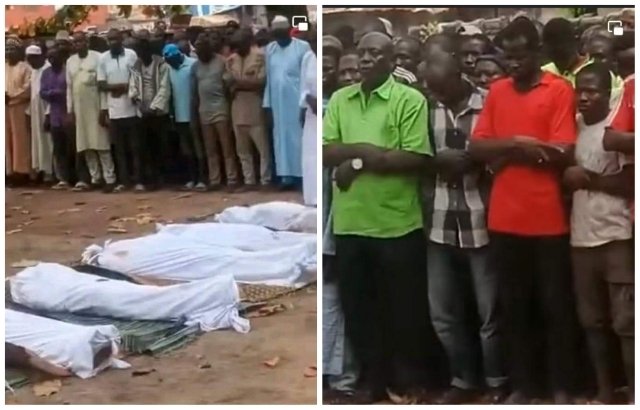 By Dr. Aliyu U. Tilde

The best revenge of Harira is not Ngozi but justice, one Nigeria and a prosperous North.

Of course, as would any normal thinking person on the planet, we are upset with the IPOB massacre of innocent Harira and her four children for their identity. Many families are killed in Igboland either because they are Muslims or because they are northerners. OPC did much more in Yorubaland during the last Obasanjo regime.

Well, it is a price that northerners will continue to pay for their numerical strength and determination that Nigeria remains one. Their numbers in a democracy put them at the centre of leadership and their first duty there is to keep the country together. That was the sin of Balewa, Sardauna, Gowon and down to Buhari today in the eyes of those with separatists tendencies among frustrated politicians and irredentists. The success that we are still one is greeted by different unholy expressions: attacks in the press, outright violence—like the Harira massacre—and silence over whatever is done to the northerner. In its venture of hate, IPOB terrorist organization is just one culprit among many investors, just as Harira and her children are one victim among many others.

Tired of the killings and castigations in the last 65 years —that is since the constitutional conference of 1957 in Lagos—the natural feeling for separation has developed over the years among many northerners and its expression is becoming louder at the turn of every gruesome killing of the innocent and the tacit approval—through silence—of the elite from the perpetrators’ ethnic group. But we are a society, an ascendant departure from nature, a civilization that must fight against its disintegrative forces which constantly wants to draw it back to the Hobbesian state. Beware. Human societies, even in Arewa, Oduduwa or Biafran republics, would carry that disintegrative gene which would endeavour to pull it down to the animal state. IPOB is just an expression of that primitive gene.

For this, we must say no to that appeal but continue to strive for a civilization in which equity prevails. This is a responsibility that must be shouldered by leaders of all ethnic groups and political persuasions in the country, and whose burden lies more on the northerner because of his numerical dominance and position of leadership even when he is not in power. He must, despite all the provocations, continue to forge Nigeria’s unity in concert with other Nigerians of the same mindset.

Read Also: Killing of Northerners in S/East will no longer be tolerated — Group

Thus, to me, the best way to revenge Harira is to work for the unity of the country and not hearken to the call of the separatists. As we collectively hold on to the requisite rope of unity, we northerners must do whatever is possible to compete well economically within the Nigerian nation. We must not be many and backward at the same time. Remaining so will heighten our vulnerability and embolden the forces of disentegration. We must acquire the competitive advantage of others, and more. We must possess the material worthiness—in addition to our acclaimed gentlemanliness and simplicity—to attract others. That will accord us both dignity and indispensability. That will reduce the shedding of our blood and the recurrence of Hariras.

To be dignified and indispensable, education and economic prosperity are important. We must as northerners, at all cost, relentlessly work for the quality education of our children and that of the less privileged in the society. Education is the key to acquiring the formidable voice that will argue our case, defend us against attacks, assert our claims, reclaim our rights and, more importantly, open the numerous doors of economic prosperity in a terrain of our unparalleled numerical strength and the abundant resources that our land offers from beneath and above the surface.

Then, dignity will follow labour. We must work like there is no tomorrow, given the education we possess and the skills we acquire, in the trade we undertake. We must invest in less of our emotions and base pursuits and more in our economy. Our elite and leaders must engage in the careful strategic planning that will maximize the benefits that accrue from our resources. Harira would probably not need to migrate to the Southeast if the cows from Adamawa, Cameroon and Chad were processed for the world market at her home state of Adamawa. IPOB would not have seen her at all, much less kill her and her children. It would rather envy her and treat her with dignity from a safe distance because her government has chosen to build a meat processing plant managed by the private sector in a transparent and profitable way rather than engage in some less urgent architectures in Jimeta.

As we wisely strategize and invest, we must fight the monstrous virus of corruption that has killed us before and now, more than how IPOB, OPC, Boko Haram and bandits do. That virus has killed all previous intitiatives that were the products of the startegic thinking of our past leaders. A new strategic thinking will be ineffective without eliminating the virus through our preference for competence and transparency. I write this peace without the sounds of the feet of workers taking their shifts at the Bauchi Meat Factory and Steyr Nigeria, or of the distant bellows of dairy and meat cows at Gubi Dairy Farm and the Galambi Cattle Ranch respectively. I write it knowing fully well that there is no Bompai, Sharada or Kakuri of yesterday. I write it amidst the silence of the graveyard which the corruption and bad policies of the past forty years have reduced them to. I write it with complete sadness and despondency.

Without fighting the corruption that I see in every MDA, without embracing transparency and hardwork for personal and collective prosperity, the burden of leadership imposed upon us by our numbers will not protect us from the approaching tsunami of more Hariras and, then, our penchant for unity will only exacerbate, rather than mitigate, our vulnerability and melancholy.

In conclusion, I must say that we all have the right to be sad over the brutal killing of Harira and her children. As we pray for their peace with the Lord in Heaven, amen, we must not resolve to feed the ambition of her primitive assassins to dismantle Nigeria. Rather, we must embrace to our responsibility as patriotic citizens and earn dignity and protection through economic prosperity, humanity and common good. That would be the best revenge against IPOB, not attacking anyone of Igbo extraction who lives amongst us here in the North. People are wealth, the Holy Prophet said. Protect them and you prosper more; abuse them, they would leave and you become poorer.

May the souls of Harira and her children rest in peace and may one Nigeria live in peace too.

The fall of a Giant: A tribute to Prof. Olofin- Murtala Uba Mohammed