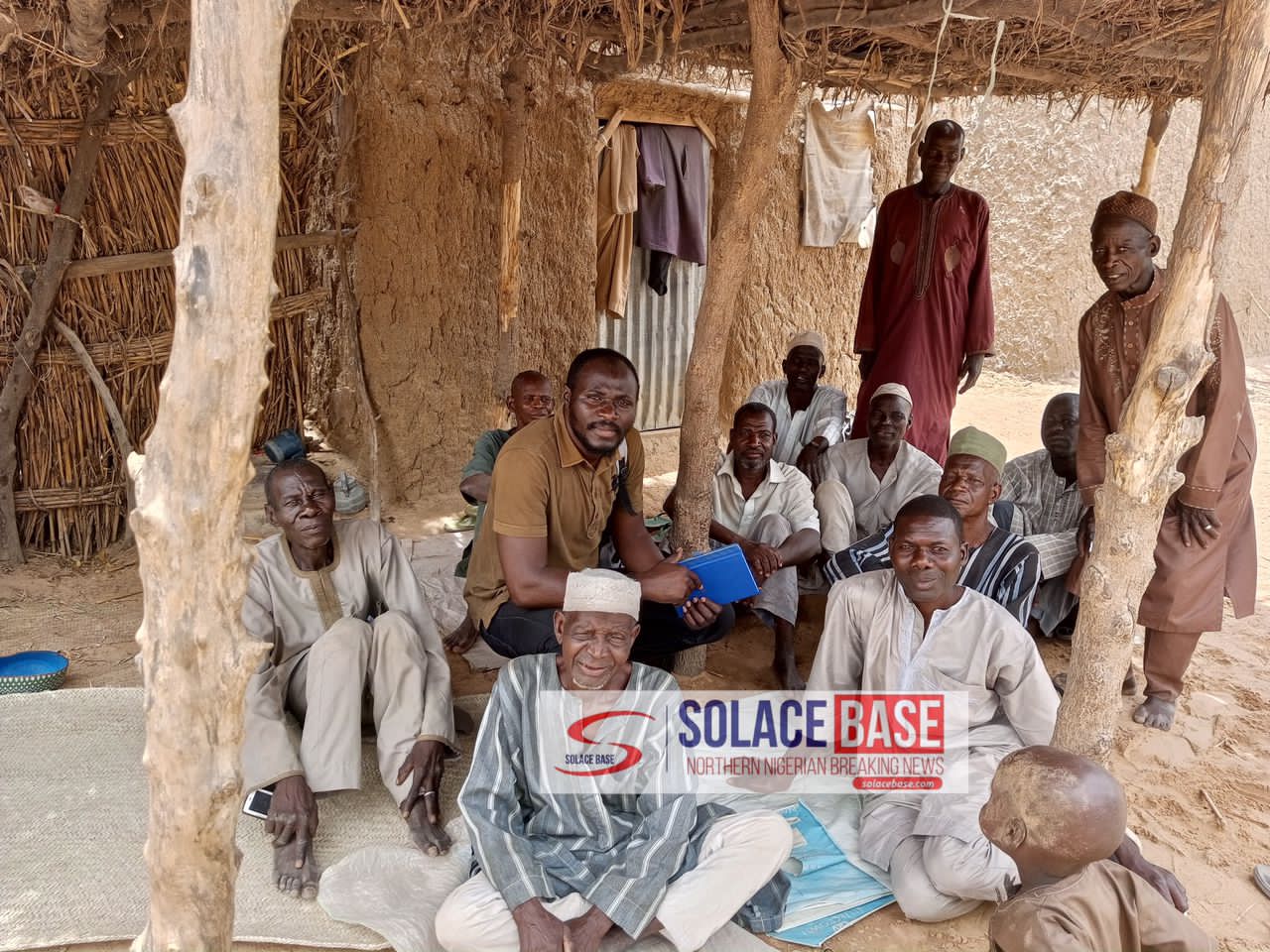 Seven years after the Jigawa State government made a promise to provide ‘One Ward, One Health Centre’ across the 287 wards in the state, residents still decry poor access to quality health care service and have to travel long distances to seek health care. Relying on the state’s financials, and on-the-ground reporting in four Local Government Areas of Miga, Guri, Gagarawa, and Birnin-Kudu, Elijah Akoji reports on the dismal performance of the state government in the health sector.

A one-hour motorcycle ride on the 25-kilometer stretch of untarred road soaked in the rays of the scorching afternoon sun, from Gagarawa Local Government Area (LGA) headquarters to Zarada ward is where Musa Sani, 59-year old diabetes patient lives with his family.

Sani, the father of 9 children and two wives, who gasps for breath after each step he takes has to ride on a commercial motorcycle (Achaba) for about 9 kilometers to Yalawa Primary Health Centre, in Yalawa ward where he goes to seek treatment under the care of a community health worker.

To meet with a doctor and get his medications, he has to travel another 15km on a motorcycle to Gumel General Hospital in Gumel LGA, Jigawa state despite his health condition. There are only two healthcare facilities for Sani and other residents with debilitating life-threatening diseases to access if they must stay alive.

It’s been 4 years since Sani was diagnosed with diabetes. He once lived with the hope that a functional healthcare centre will be established in his community and help him reduce the long-distance he travels to access medical care.

However, nothing has happened.

“When I don’t have money, I walk down to Yalawa Primary Health Centre to check my blood pressure. I only visit Gumel General Hospital because they have doctors there.”

As part of his campaign promise in 2015, the governor of Jigawa state, Mohammad Badaru Abubakar, promised to construct a well-equipped health centre in each of the 287 political wards of the state eliciting widespread hope amongst residents.

The government claims it has delivered on its promise but years later, there is still no concrete evidence and the hope and excitement of the people have now fizzled away.

This trend is not an aberration to the people of Jigawa. Instead, it paints a picture of the numerous failed campaign promises made by successive administrations in Jigawa state to revamp the healthcare sector, increase access to healthcare delivery and reduce out of pocket expenses.

Sadly, Sani is just one amongst many victims of the failed “One Ward, One Health Centre” promise by the government. Zarada ward in Gagarawa LGA, where Sani lives, has no health care facility to serve about 16,875 poor residents of the area. Records also show that only 6 primary health care centres (PHCs) cater to residents across the 10 political wards that make up Gagarawa LGA.

Although functioning, these 6 PHCs are poorly funded, in poor shape, without a doctor since they were constructed between 2013 and 2016, findings by Solacebase showed.

Gyaiko ward where motorcycle is used as ambulance

In Gyaiko ward, in Birnin-Kudu LGA, 11 years old Salamatu Isiayku was bitten by a snake while at her parent’s farm and nearly lost her life. She was rushed on a motorcycle to Bamaina PHC, 15km away from her community.

Her parents were terrified. “We thought we were going to lose her. If we have a PHC where she can be given first aid treatment she would not have had a close shave with death,” her father, Kabir Isiayku said.

The mother, Bilkisu Isiyaku, recounts a similar experience when she was about to deliver her baby 7 months ago.

For most pregnant women in Gyaiko community, antenatal and postnatal experience is a luxury they can’t afford because of the distance to the hospital, danger of riding on a motorcycle and attendant cost of seeking medical care.

A voluntary community health worker in Gyaiko, who identified himself simply as Hassan, told Solacebase that the community hopes to have its own PHC soon, so residents won’t have to travel long distances to seek medical attention.

“I only volunteer sometimes to help out when they bring a sick patient to my house where I attend to them, since I have some clinical experience. I don’t do anything beyond what I know and refer them quickly to a hospital when necessary,” Hassan said.

Ahmed Danjuma is the District Head of Gyiako. His efforts have helped secure land for the construction of a new primary health care centre (PHC) in the community. He told Solacebase how the whole idea remains a promise by the government since 2015.

“We have done our part and reserved land for the project. We hope the coming administration will help look into the challenges of the people of Gyaiko ward and across several communities under the ward,” he said, adding that treatable diseases such as malaria continue to claim the lives of residents across communities in the area. 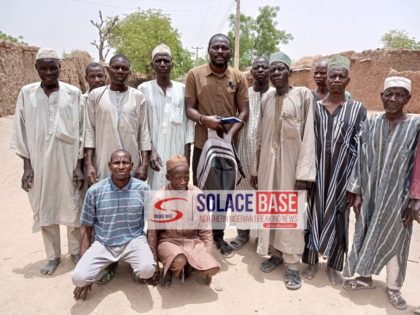 Agufa ward in Miga LGA is another unfortunate political ward. Residents travel as far as Miga LGA headquarters and Jahun LGA which is about 15km and 25 km respectively.

In Danmaganawa ward, also in Miga LGA, residents desire the help of the government in cutting the time spent to access healthcare.

“We are still hoping one day the government will come to our aid. There is a lot of death recorded as a result of this unfortunate situation. Pregnant women ready for delivery, emergency patients, accident or epidemic patients are all transported on motorcycle to Miga or Jahun LGA for treatment or delivery,” the village head, Musa Muhammad, disclosed to Solacebase.

Bukar Yerima is the district head of Guri. He laments that residents of his district, particularly pregnant women and children still die of minor health issues. Residents of Guri, and neighbouring communities such as TasgaYanma, and Arinjesko often travel to Hadeja which is not less than 13km to get medical attention. 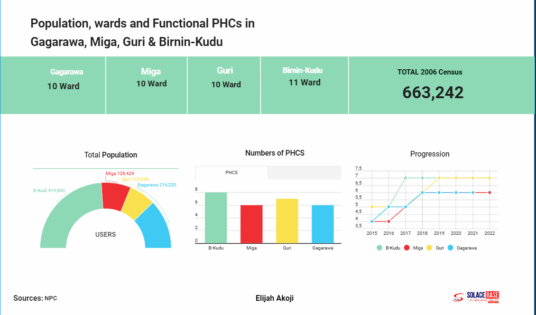 “In TasgaYanma, we are practically on our own with no government presence felt. We travel a distance of about 7km to fetch water. We would rather have our children go to farm with us than trek a long distance to go to school. We travel as far as Hadeja through Arinjesko to seek medical care,” said chairman, TsagaYanma ward development committee, Muhammad Alkali.

In 2015, the state government made an audacious campaign promise to construct ‘One Ward, One Health Facility’. In the build up to the 2019 general election, the government addressed the press announcing the completion of the project.

Checks by Solacebase proved otherwise and confirmed that the claims were laced with lies by the Mohammad Badaru-led government to entice voters while seeking re-election in 2019. Residents of rural communities in Gagarawa, Miga, Guri and Birnin-Kudu LGAs still suffer from poor access to health care.

Interestingly, the Jigawa state government said it spent ₦12bn in 6 years on the rehabilitation and construction of health facilities in the state including the construction of 287 PHCs across the state in three years, a claim with little evidence to show.

If the allocations to the health sector by the Jigawa state government is anything to go by, rural populations in the state should enjoy unhindered access to quality health care. According to the state ministry of health’s financial expenditure report, the sum of ₦85m and ₦88m was spent on the upgrading of Primary Health Centres in 2019 and 2020 respectively. This is outside the ₦12bn allegedly spent in 2018 by the government for a similar purpose.

However, in 2021, estimates of the state government’s expenditure shows the ministry spent over ₦600m on the provision and improvement of infrastructural facilities and service delivery as part of the World Bank supported ‘Save One Million Lives’ Health Program focused on developing primary health care centres across the state.

In December 2017, the federal government initiated a N28 billion health fund that was targeted at the revitalization of Primary Health Care Centres across the country. According to the National Primary Health Development Agency, Jigawa state is one of the beneficiaries of the fund.

In fulfillment of the National Health Act, 2014, ₦55bn was earmarked under the Basic Healthcare Provision Fund, BHCPF  by the federal government in 2019. Jigawa state was amongst the first 15 pilot states. The BHCPF is aimed at increasing revenue and improving primary health care services. President Muhammad Buhari, assured Nigerians that his administration will ensure the funds are judiciously used. However, nothing suggests the funds have been judiciously spent in Jigawa state.

Although the government through the Office of the Deputy Governor took credit for the ‘One Ward, One Health Care Centre’ promise made in 2015, the Executive Secretary of the Jigawa Primary Health Care Development Agency, Dr. Kabir Aliyu, has refuted the claims and denied the position of the deputy governor.

“The governor did not promise that he would construct PHCs across the state. The ‘One Ward One Health Centre’, is just a follow up on the national mandate of president Buhari’s promise to construct 10,000 new health centre across all political wards in Nigeria,” he said.

He continued: “If you know the previous state of our PHCs before taking over, you will understand how well this government has done. The government has done its part and there is no perfect system anywhere, so we must give credit to the government for changing the face of Primary Health Care Centres in the state.

Sadly, the position of the Executive Secretary is targeted at misleading the public, pointing readers to the fact, this contradicts the government’s report which claimed it has constructed 287 Primary Health Care Centres in the state.

“The government has done its best and has redefined the face of PHCs in Jigawa state. If you compare Jigawa state with other states, I know you will see a big difference,” he added.

Experts believe that corruption in the health sector is one of the worst kinds of inhumane crime and behavior by any government,

“If you look at the level of poverty in Jigawa state, and the nature of primary health care centres, you cannot but weep for Jigawa people,” said Dr. Ibrahim Galadima, founder of Health Aid, a non-governmental organization, (NGO) with operations in the North East.

“Unfortunately, with all the funds, both from the budget and donor bodies, Jigawa state should be among the top five states with functional primary health care centres.”

“I have worked in Jigawa state as a consultant in 2019 for UNICEF, during this period we visited several health centres in the state, your heart will bleed to see the state of these PHCs. There are no workers, poor supply of drugs, for antenatal practice they will have to wait for an experienced nurse to come from Dutse, the state capital,” Galadima added.

Dr. Bamidele Ajayi, Secretary, Civil Society Network Against Corruption, emphasized that corruption is the evil that must be eliminated to have a functional health system.

“No doubt, all the funds said to have been spent are already in personal accounts. Health is one sector just like education that must be prioritized by the government with detailed management of resources channeled into it.

“Promises are covenants that must be fulfilled. I am sure it is upon this premise that the people of Jigawa state voted for the government, they understand the importance of the ‘One Ward One Health Centre’ promise as a necessity to them.”

This publication is produced with support from the Wole Soyinka Centre for Investigative Journalism (WSCIJ) under the Collaborative Media Engagement for Development, Inclusion and Accountability project (CMEDIA) funded by the MacArthur Foundation.

Investigation: How cholera killed many in Jigawa after govt claimed it spent billions…

Prev Next
21 Comments
Leave A Reply