Mass Defection: Where did the calculations go wrong- Adamu Aminu 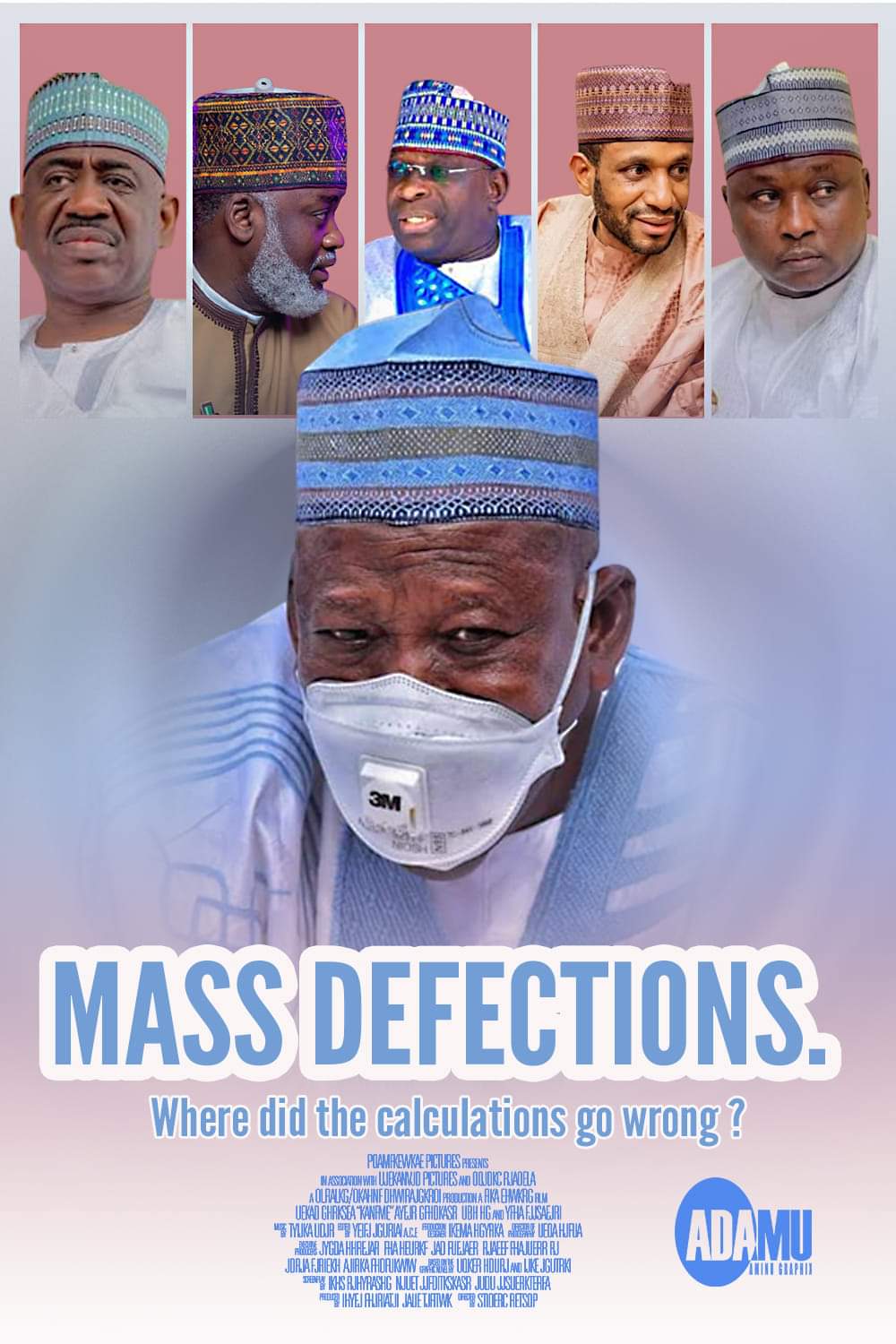 Most people are aware or seemingly forgetful that whatever goes to the pinnacle, mostly, it will someday take a nosedive.

Well, it’s too early now to conclude the effects of a mass exodus befallen the All Progressives Congress (APC) in Kano.

This is a scenario which will probably have a ripple effect on the Kano ruling party in the forthcoming general elections slated to hold next year.

But it does look like something goes awry somewhere in the course of estimation or summation of the political calculations of the APC in Kano.

The current mass cross carpeting of APC stalwarts to Senator Kwankwaso’s resuscitated New Nigerian People’s Party [NNPP] is undoubtedly given  sleepless night to the rest of influential members of the ruling party in Kano.

A likely situation which portends a seemingly bad omen and the time seems to be not on the Kano ruling party’s side to take appropriate and urgent steps to correct the anomaly which by all indications the party is on the verge of descending to its knees.

This dramatic effect of diminishing returns started taking momentum when the ex-speaker, Kabiru Alhassan Rurum and his teaming supporters took the lead in leaving the party. And left the doors ajar for others to take the suit.

While Hon. Kawu Sumaila, Hon. Abdulkadir Jobe, Alhaji Ali Makoda, Kano deputy speaker, and some members of the state legislative house packed their political belongings and pitched a tent in NNPP, the newly resurrected party under the influence of the red-cap ideology leader, Senator Rabiu Musa Kwankwaso, the hardest-hit blow which sent the shivers down the spine of the ruling party was the news of Senator Ibrahim Shekarau’s defection to NNPP.

Hearing the news that all consultation and paperwork were consummated, which has jolted the septuagenarian Kano governor rushed to pay an impromptu visit to the Mundubawa mansion to deliver a message to Sardaunan Kano, that his attention is urgently needed from the presidential villa in Abuja.

A move which is synonymous with a step to rights the wrongs of the series of miscalculations bedevilling the APC in Kano.

Another signal of another defection which seems to be a thunderbolt cross-carpeting that rocked the party which came from the most preferred and political son of the most powerful state First Lady – Murtala Sule Garo.

Garo was said to be holding grudges for not being chosen as a gubernatorial candidate, instead of the present deputy governor, Alhaji Nasiru Gawuna who was anointed as a party flag bearer in the forthcoming general elections.

As it was reportedly said Garo was emotionally disappointed by the sudden withdrawal of governor Ganduje from his Kano-north senatorial aspiration and handing it to the intra-party arch-rival Senator Barau Jibrin.

Similarly, he complained about being betrayed considering his contribution to the government from 2015 to date.

The compounded issues were said to have provoked Garo who threatened to pitch a tent to another party.

A situation which caused Khadimul-Islam to rush to Garo’s residence lobbied him to drop his move of defecting to another party.

The current gale of mass defections enveloping the APC in Kano, according to the political pundits signifies a negative impact of unimaginable proportions.

But, in the light of this development, some questions need to be asked, since no smoke would rise without fire.

What are the causes triggered mass cross carpeting in APC Kano?

Did the governor, Khadimul Islam doesn’t have a good adviser to direct him in stemming the tide of this mass decamping before the situation gets out of control?

Why did governor Ganduje use going personally to lobby back the party bigwigs when they were deciding to leave the party?

Was he not thinking about the immediate repercussions of taking such decisions?

Where did the APC’s political calculation go for allowing such tragedy to envelop the party?

Ganduje lays foundation for construction of 500 houses in Kano