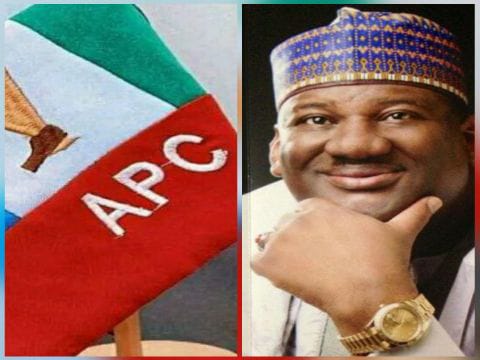 The 2023 general elections are drawing closer and political parties across the states are trying to make informed decision in choosing saleable aspirants that are worthy of flying their flags as candidates for governorship elections. The calculations are intended to beat political opponents at the polls. This is not different in Sokoto state where the ruling Peoples’ Democratic Party (PDP) also has bevy of aspirants, with each hoping to grasp the chance of flying the party’s flag.

For the All Progressives Congress (APC) in Sokoto state, preparations are in top gear to choose the flag bearer among a chain of aspirants that the party so far has. Doing first thing, first, although there is no written agreement as to the rotation of the governorship seat, the APC should ensure that the rotation of the seat, which practice has existed in Sokoto (irrespective of party) since the return of democracy in 1999, should subsist.

By that cordial rotation, Sokoto East should take the turn for every district to feel belonging. By so doing, the people of the zone, irrespective of their party affiliations, and since the votes of all are canvassed irrespective of their respective parties; they will be seen wholly supporting someone from their zone. It is only logical therefore that the APC should look inwards and garner massive votes from both supporters of the party in Sokoto East zone and supporters from other parties by ceding the seat to Sokoto East senatorial zone.

Secondly, in its preparations, the APC should not plan to fail by fielding a less popular or unsalable candidate. Here, it means that the party leader in the state, Senator Aliyu Magatakarda Wamakko should ensure that there is no repeat of what happened during the last election. He should paste is ears on the chests of party supporters and feel their pulses regarding who the best choice should be, if the party should win the 2023 governorship election. In doing this, Wamakko SHOULD not ignore where the public opinion tilts towards; he MUST not be selfish and MUST, as he is known to be – be the people’s person.

So far, seven governorship aspirants have indicated their interests to aspire to the coveted seat. These include in no particular order: Ahmed Aliyu, Senator Ibrahim Abdullahi Gobir, Senator Abubakar Gada, Faruk Malami Yabo, Abdullahi Balarabe Salame, A. A. Gumbi and Yusuf Suleiman. In all of these are people of impeccable characters, some of who also have followers, especially in their various zones. Each of these can govern Sokoto state without headache.

However, if the proposed arithmetics of rotation is uphold, we will have Ahmed Aliyu who is from Sokoto Central, holding back to his present seat of the Executive Secretary of Police Trust Fund (PTF), which Sokoto should not afford to lose at this moment. If he leaves PTF, chances are not 100 percent that the position will still be given to Sokoto. More considerably, it is also a coveted position that many out there are envious about. The APC and Sokoto should not wish the position away; it is strategic and of importance to the state and Aliyu may not be replaceable with someone from Sokoto.

Abubakar Gumbi is from Sokoto Central and Wamakko local government. If the party adopts the rotational stuff, he will be a minus from the remaining six.

Abdullahi Balarabe Salame, who is qualified to contest for governorship, is a serving House of Representatives member whose contributions on the flow of the House, including sponsorship of bills and motions are appreciable. He should better remain at the National Assembly to continue with the good job he is doing, the same way that his colleague, Rep S. Adar has chosen to. Salame’s political tentacles are not noticed to have spread across the state to the effect that, if he is given the APC ticket, he could outwit his opponent in the PDP. More so, his relationship with the leader of the party in the state, Sen. Wamakko and the leadership of the party is strained.

Faruk Malami Yabo is another honourable man who is also unquestionably qualified to contest. He also has good following. His not being able to secure the ticket in 2015, some people say, was because he was the better choice compared to Ahmed Aliyu. However, aside from the fact that Yabo is currently Nigeria’s Ambassador to Jordan. Malami is performing so outstandingly that he should complete his term there. More so, Sokoto South is currently controlling the state, party affiliation of the incumbent governor notwithstanding.

Senator Abubakar Gada is one of Sokoto’s vibrant and outstanding politicians. He was one of the most vibrant members of the National Assembly, whose contributions on the floor of the Senate were nearly unequalled. However, aside from the fact that he lost touch with his people by living much of his time in Abuja, his followership spread is not known to be deep. He is also reported to be sneaking in and out of Sokoto without connecting with his people. More so, the relationship between Gada and the party leaders, particularly Sen. Wamakko is strained.

Sen. Ibrahim Abdullahi Gobir is eminently qualified to contest the governorship, however, his touch with the people of Sokoto is limited to his constituents. He does not have the required political crowd to be proud of and has failed over time to expand his political tentacles beyond his circle of long-time friends and associates. Of the years he has been in the senate, he has been surrounded ONLY by his childhood friends, town-mates and his staff. More so, some of his constituents feel his representation only during Ramadan and Sallah. Do not talk about other people from other zones. It assumed that not all delegates from his own local government would elect him during primaries.

Yusuf Suleiman is a politician to the core. He is coolheaded, forbearing, noiseless and obedient to the All Progressives Congress. Suleiman wanted to contest with Aminu Tambuwal in 2019 when they were in the same party. But on Senator Wamakko’s request as APC leader, Yusuf Suleman stepped aside and later became the Director General of Aliyu’s Campaign council.

Suleiman contested governorship in 2015 under the PDP before he was made minister of Transport during which time he displayed his Princely qualities of surrounding himself with people from all nooks and crannies of Sokoto state. As Minister, Suleiman was loved much as he also loved the people. Given the party ticket, Yusuf Suleiman can conveniently wrestle the seat from the Peoples Democratic Party (PDP). Like Wamakko, Yusuf Suleiman speaks to people he comes across with respect and humility.

With Yusuf Suleiman as the flag bearer, the APC will enjoy goodwill from the people of all background – the working class, the elites (he is one), the commoner (he is a prince and respects them), and all and all. Indeed, Yusuf Suleman’s candidacy of the party will further boost the party and Wamakko’s general support base as party leader. Additionally, Yusuf Suleman’s supporters which cut across party lines will give boost for APC victory in Sokoto state.

It is known fact that apart from Muhammadu Maigari Dingyadi, Yusuf Suleman is believed to be the longest associate of Wamakko, going to as far back as in the 90’s when Yusuf Suleman and Aliyu Wamakko were working in the State Ministry of Commerce and Industry as Director, Industries and Director-General of the ministry, respectively. Since then, their relationship has blossomed with mutual respect and trust to date. With Yusuf Suleiman as APC flagbearer, the humble and generous gentlemen will endear supporters of other parties to cross-carpet to the APC thereby given it vent to win the governorship election in the state. As a Prince, Dan Amar of Sokoto and descendant of Usmanu Danfodiyo, Yusuf Suleiman will enjoy tremendous support from the traditional institution.

Therefore, for the APC to win the governorship seat in 2023, there is no better candidate for it than Yusuf Suleiman.

Ahmad writes from Sokoto and can be reached at ahmadshehu2009@yahoo.com