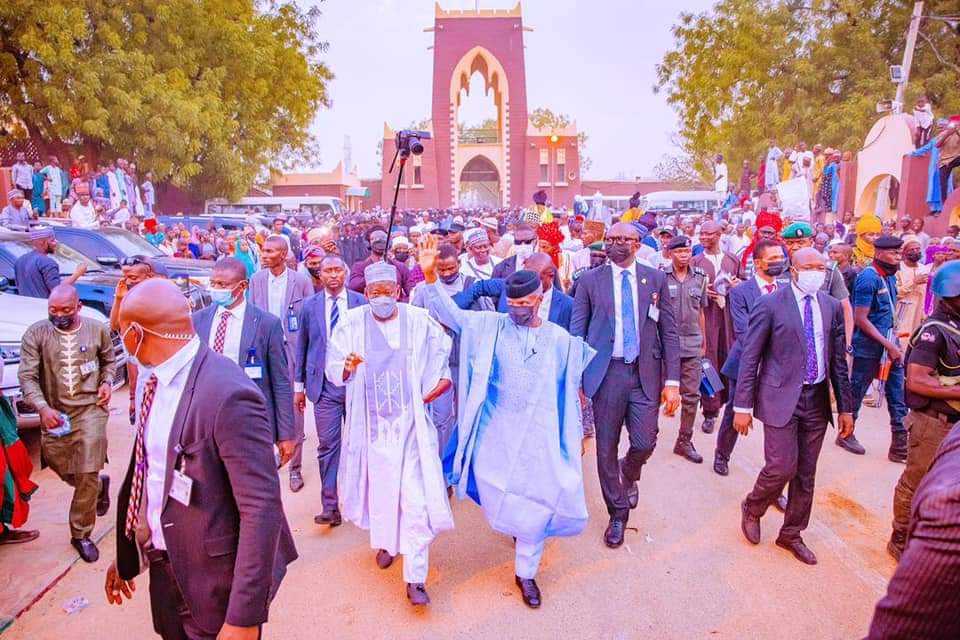 The Vice President, Prof. Yemi Osinbajo on Tuesday attended the 2022 Eid-el-Fitr Hawan Daushe festivity at the Emir of Kano’s palace.

Osinbajo was received at the Aminu Kano International Airport, MAKIA, by Kano State Governor, Dr. Abdullahi Umar Ganduje with his cabinet members and Media Aide to the President, Bashir Ahmed.

The vice president, subsequently headed straight to the Emir’s palace and was hosted by the Emir, Alhaji Aminu Ado Bayero before proceeding to Kofar Kudu, to witness the Durbar.

Solacebase reports that the traditional Hawan Daushe is a royal parade of thousands of men on horses adorned with garments and regalia and held a day after Eid-el-Fitr or Eid-el-Kabir celebration.

During the parade, District Heads and other traditional title holders with their men would showcase their horsemanship, their preparedness for war, and their loyalty to the Emirate. 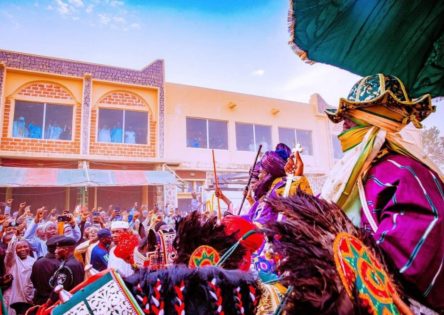 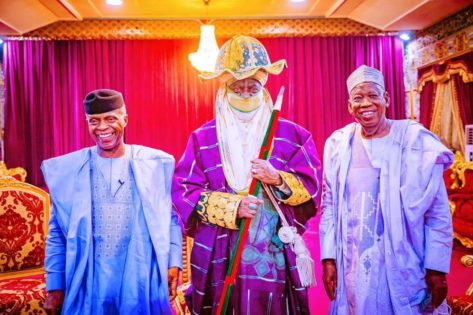 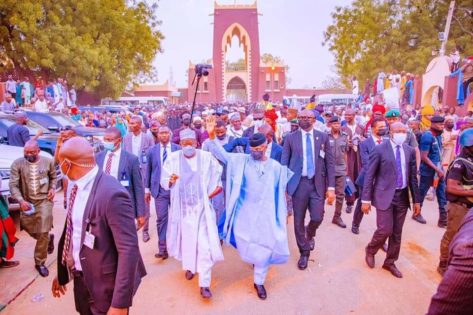 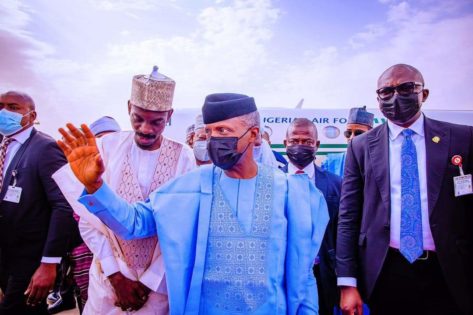 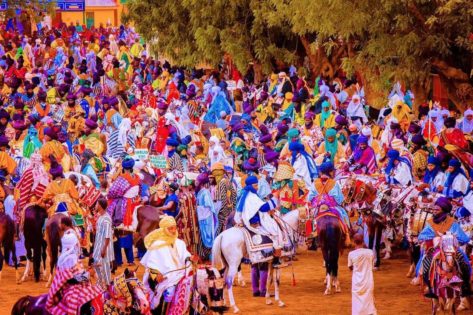 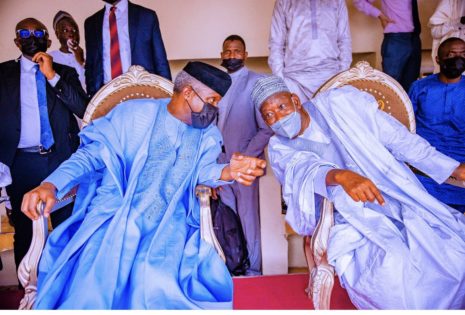