Mrs Abarshi, who is the widow of late Air Commodore A. Abarshi and now the chairperson of Barkindo Rahama Initiative (BRAIN), an NGO helping women, youth and the less privileged, was kidnapped alongside her daughter Ameera.

According to family sources, the two were kidnapped around Kasuwan Magani in Kajuru Local Area of Kaduna State after distributing relief items in Mariri town of Lere Local Government Area, also in Kaduna State.

“They were on their way coming back to Kaduna. As we are in this blessful month of Ramadan, include them in your daily prayer to regain her freedom,” Habibu Sangei said. 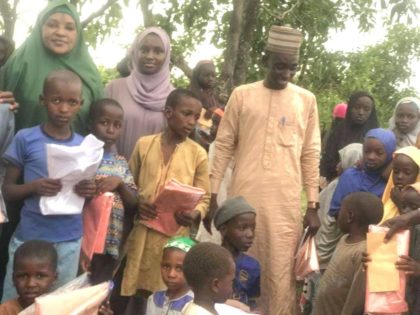 The Kaduna State Police Public Relations Officer Mohammed Jalige could not be reached for comment.

A family friend said that the bandits have made contact and demanded N100million for the release of Engineer Ramatu and her daughter.

Prev Next
63 Comments
Leave A Reply