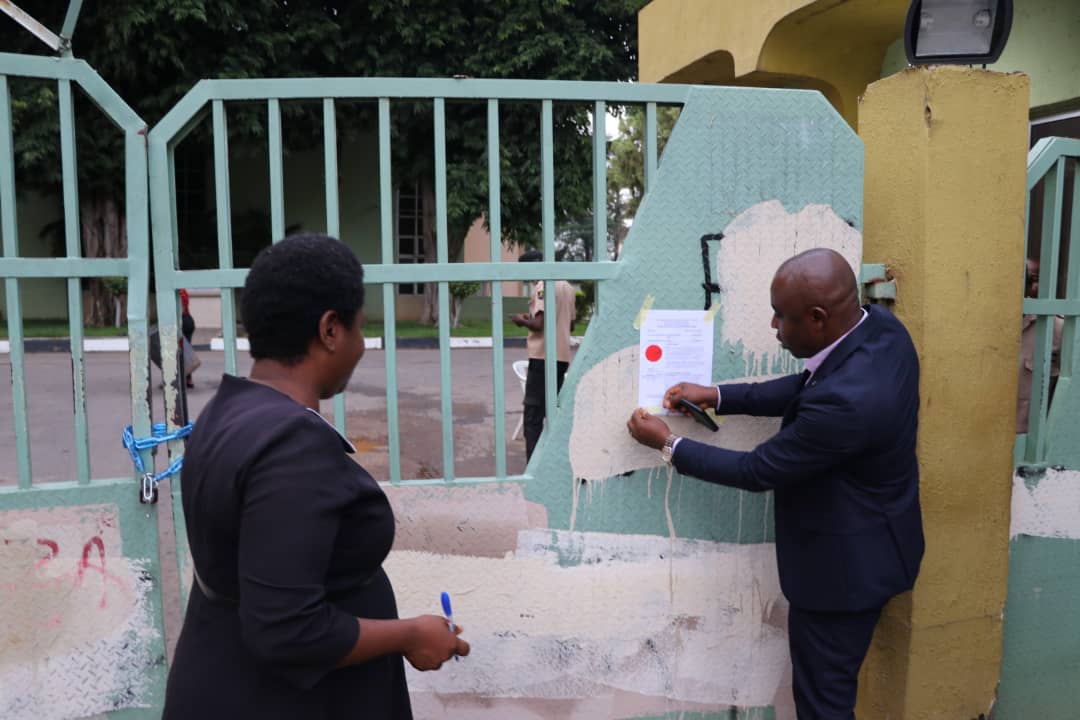 Addressing newsmen during the exercise, the Director of AEPB) Mr Osilama Briamah, said the board provided waste management and other environmental services for their service providers and they refused to pay.

He explained that the board had huge amount laying without response from the defaulters.

“We try to negotiate to have a better way to achieve results but there was no positive response, we have given them payment plan but many of them refused to take this opportunity serious.

“The board then resort to legal means to recover the debts. The board obtained court orders to seal the premises.

“The exercise which has just begun will cover all public and private offices owing the board,’’ he said.

A senior magistrate court sitting in Wuse II, Abuja had served the defendants with summons to appear before the court on March 30, but they failed to honour the court.

Speaking, Mr Ikharo Attah, Senior Special Assistant on Monitoring Inspection and Enforcement to the FCT Minister, said the operation followed the initiative put together by the FCT Minister and the FCTA Permanent Secretary to recover debts owed the board.

Attah stated that the FCT Administration was worried about the huge amount being owed FCTA.

“FCT Administration needs enough fund to build infrastructure and keep the city running. The administration has decided to go after the Ministries, Parastatal Agencies and Private individuals.

“We cannot wait to see government money tie down, it is wrong for people not to pay for services rendered,” he said.

The News Agency of Nigeria (NAN) reports that AEPB said it may lockdown some government offices, hotels, Plazas and other business premises due to debts owed the board.

The Director of AEPB, Mr Osilama Briamah, made the disclosure in a statement, on Monday in Abuja.

Briamah explained that the measure was coming on the heels of the Task Team set up by the FCTA Permanent Secretary, Mr Olusade Adesola, to recover over N10 billion owed the AEPB by several government agencies, business premises and residential apartments. (NAN)

Prev Next
11 Comments
Leave A Reply