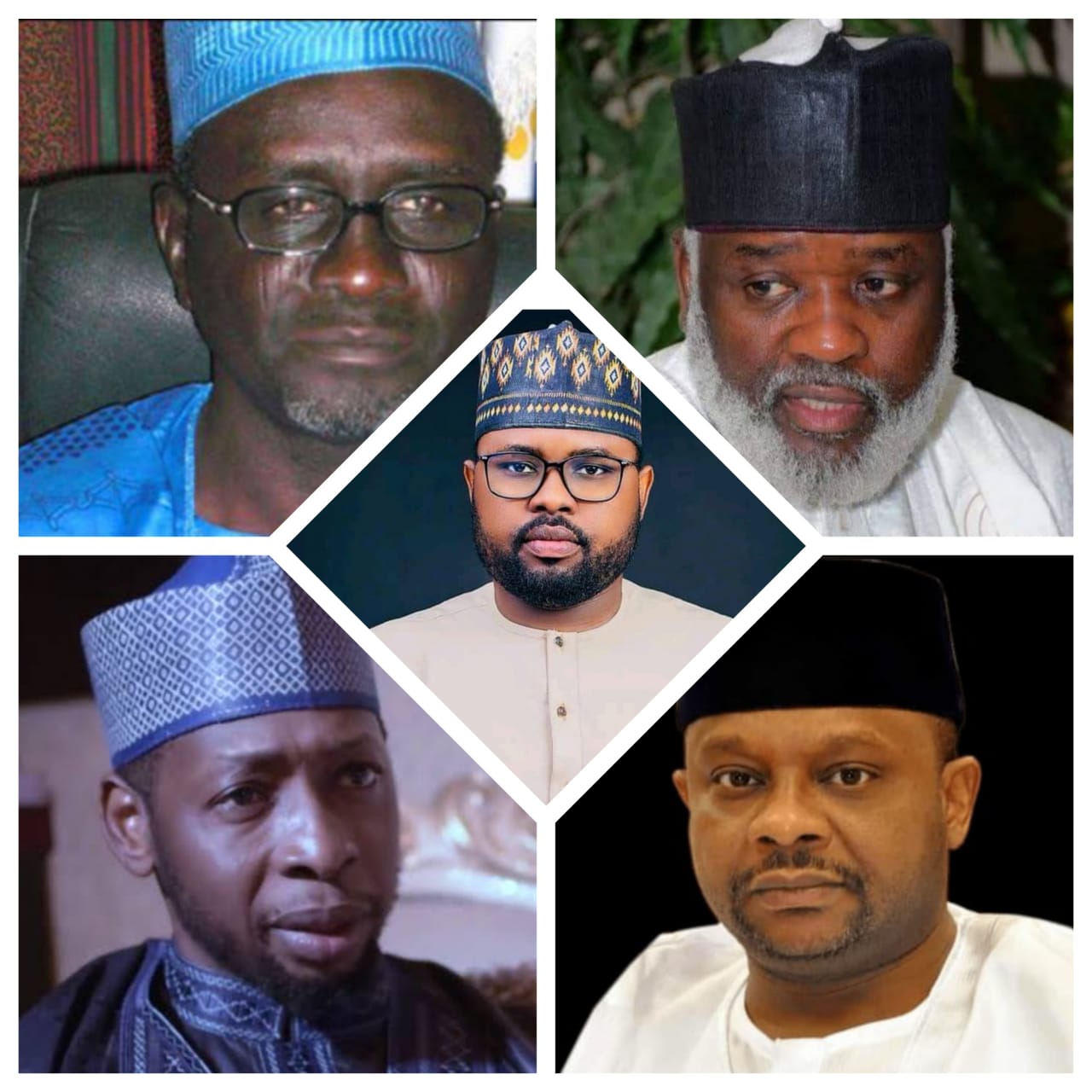 If we accept that all men are political actors, with some more political than others, 2023 is still a long way away for a few. “To the more “political actors,” 2023 is now because the knots we tie and untie today will largely determine who gets what and who loses what in the next One (1) month.

As the battle for the soul of Kano Central Senatorial seat intensifies, a groundswell of political undercurrents is brewing. For the ruling, All Progressive Congress, APC, the challenge is not being present but keeping their flag flying in the red chamber.

In this analysis, we will look at the strengths and weaknesses of those vying for the APC Kano Central senatorial seat, the various names making the rounds, their selling points, their handicaps, and their chances of ultimately winning.

Mal. Ibrahim Shekarau, the current Senator of Kano Central, is a former Nigerian Minister of Education and a two-term governor of Kano State.

Shekarau ran for the presidency of Nigeria in the 2011 general elections.

Despite rumours that the senator will not run for re-election for a second term, there are strong indications that Shekarau intends to run.

However, his feud with Kano State Governor Dr. Abdullahi Umar Ganduje may jeopardise his re-election.

If the Supreme Court’s ultimate ruling favours Ganduje-led faction, it appears unlikely that he will secure the Senate ticket from the party, except otherwise.

His performance was evaluated and many political analysts are in the opinion that, his primary assignment as a senator was not duly performed.

Abdullahi Abbas, the chairman of the APC faction led by Ganduje, was heard saying he had hoped to seize the seat and hand it over to one of their preferred candidates.

Abdulsalam Abdulkarim is a businessman and a politician.

He was a former gubernatorial candidate in Kano State under the platform of the Green Party of Nigeria.

He is the brain behind the A. A. ZAURA Foundation.

The palpating issues surrounding the situation is the reason behind his financial commitment in the name of philanthropy.

Bashir Garba Lado is a businessman who was elected Senator for the Kano Central constituency of Kano State,  in the April 2011 general elections, on the People’s Democratic Party (PDP) platform. After he lost his seat to Engr. Rabiu Musa Kwankwaso in 2015, he defected to APC in 2018.

He tried to run for the senatorial seat again in 2019, but his effort was aborted by the defection of Malam Ibrahim Shekarau and his followers to the party.

On 27 May 2021, President Muhammadu Buhari appointed him as the Director-General of the National Agency for the Prohibition of Trafficking in Persons. A position he vacated in September 2021 following some allegations of misappropriation of palliatives. There are rumours that there is a rift between him and the Kano government. This can be a barrier that may hinder him from getting the ticket.

A challenge to an established order always brings a specific dose of controversy. To many others, the incumbent chairman of Ungogo Local Government is a controversial figure, not only to distant observers but also to those who are close to him. While both groups may be correct, the truth often comes wrapped in controversy. Is there a prophet who was not initially regarded as controversial? Or was a revolutionary welcomed without causing a ruckus in society?

Many observers, including this writer, believe that Engr. Ramat, the young man with a PhD in Communication and Wireless Networks, is pulling stunts as Ungoggo’s CEO.

The “digital chairman,” as his supporters dubbed him, was reportedly sent by Governor Abdullahi Umar Ganduje to usurp power from the former state governor, Senator Ibrahim Shekarau, who many believed was in the red chamber to avoid the boredom of post-public service.

Ramat drew Ganduje’s attention shortly after defying the odds to run for the Federal House of Representatives as an aspirant of the Peoples Redemption Party (PRP) representing Ungoggo and Minjibir Federal Constituency in 2018.

The governor was said to be swayed by the flamboyant performance of Engineer Ramat as the Managing Director of Kano State Metropolitan Agency. As a result, he compelled the buoyant young chap to run for Kano Central Senatorial Seat.

It was also believed that he had the support of all counterpart chairmen from the state’s 15 local governments, which analysts saw as a threat to other contestants.

His candidacy was on several occasions promoted by Commissioner for local governments, Murtala Sule Garo and the party chairman Alhaji Abdullahi Abbas who are undoubtedly pillars that can do or undo in the party.

Alhaji Gawuna was a two-time chairman, a former commissioner of agriculture during Kwankwaso’s regime, and is now the deputy governor of Kano state and also a Commissioner for Agriculture.

Because the situation surrounding who will succeed Governor Ganduje is very confusing and unclear.

There is no way of knowing who will be and who will not be; only the number one can make that decision.

Political analysts predicted that as the state’s number two, he would win the governorship.

Despite his unwavering loyalty, it has been secretly leaked that the loyalty he is displaying is only to get what he wants, and some are even describing his possibility of joining his former boss (Mal. Shekarau) camp if things do not go his way.

According to a close associate, Gawuna is considering running for the Kano Central senatorial seat as a backup plan. However, given his recent kicks, he may miss the ball.

Muhammad writes from Kano and can be reached via babbanzahra@gmail.com

We don’t arrange for convicts to evade serving terms-NCoS