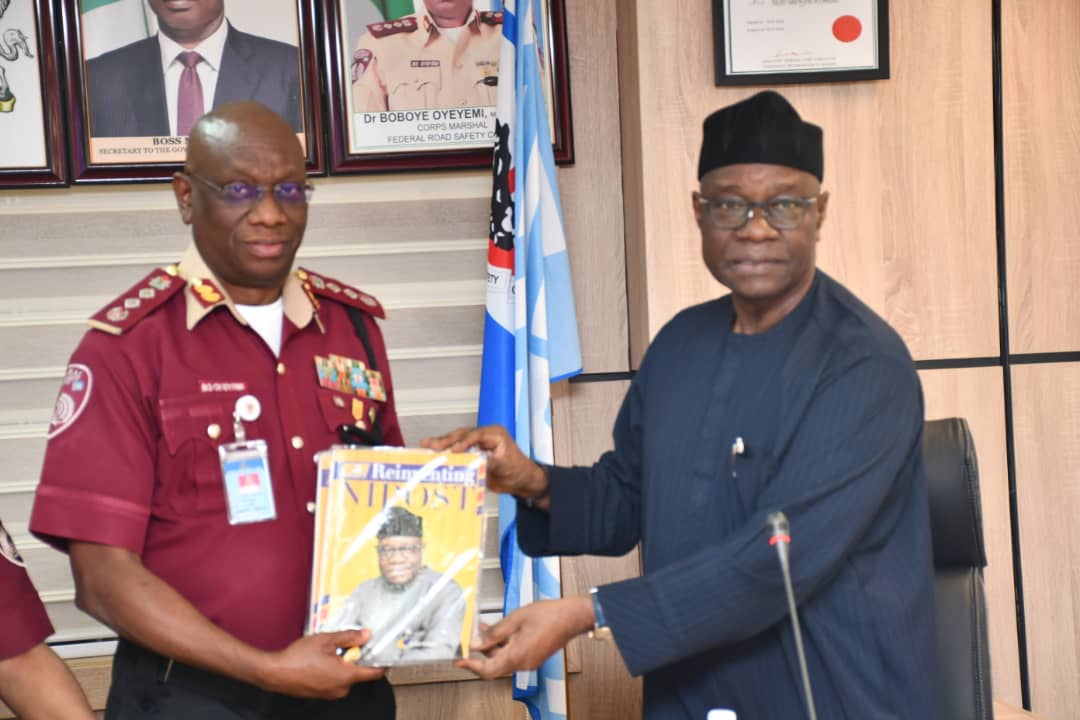 The Nigerian Postal Services, (NIPOST) and the Federal Road Safety Corps (FRSC) have opened talks on a partnership that would lead to the adoption of NIPOST digital addressing initiative as a condition for the issuance of drivers’ license in the country.

The partnership is also to ensure adequate use of other major services offered by the postal agency.

Solacebase reports that the digital addressing platform seeks to authenticate all addresses provided by Nigerians and give more credibility to documents issued by the government to its citizens and other residents such as the Driver’s License, Vehicle Registration, National Identity Number (NIN), National Passport, and Voter’s Card among others. The initiative is capable of tracking fake addresses.

The two agencies opened discussions during a courtesy call by the Postmaster General of the Federation and Chief Executive Officer,  Dr. Ismail Adebayo Adewusi on the Corps Marshal of the FRSC, Dr. Boboye Oyeyemi.

During the visit at the Corps Headquarters in Abuja, Dr. Adewusi commended the FRSC boss for the various digitalization efforts of the agency in recent time.

The Postmaster General said, “NIPOST, as one of the oldest agencies in the country, is developing different technological tools to remain a formidable agency of government.

“The agency has moved on despite its challenges posed by the COVID-19 pandemic shortly after his resumption as NIPOST boss.

“Many people put wrong or untraceable addresses when those are requested for services. The platform would address such practices by digitizing addresses and ensuring information provided are genuine,” Adewusi told the FRSC boss

He further requested that FRSC allows NIPOST to handle the delivery of all driver licenses in the country on behalf of the FRSC saying NIPOST now has the capacity to deliver postal items within 48 hours.

Responding, the Corps Marshall Dr. Boboye Oyeyemi, commended the Postmaster General on NIPOST’s innovative and improved services. He said information gathered concerning the agency showed that the agency delivered on its mandates and satisfied its clients.

Dr. Oyeyemi  assured the Postmaster General of effective collaboration stressing that in the nearest future, holders of driver’s licenses who change addresses would be required to update them by providing a verified digital address before being issued a new license.

The FRSC boss said, “The Corps would very soon begin to demand for National Identity Number (NIN) for vehicle registration and driver’s licences. With the adoption of this initiative, the FRSC’s works would be more seamless if it could get a verified address of the applicants.

“If applicants don’t provide verifiable addresses, such applications may not be granted. This is something that everybody will embrace,” he said.

He added that the FRSC needed verified addresses to apprehend traffic offenders, for vehicle registration and driver’s license issuance.

“It is something that we must make to work for nation building and development,” he stated.

He said as part of the FRSC’s digitization drive, the Corps had deployed body cameras in some parts of the nation to curb incessant assaults of their personnel on patrol, adding that by the end of the year, the organization would have taken the devices across the whole country.

He advised NIPOST management to embrace the use of the devices to enhance the services in the area of tracking their fleet and security of mails.

FG reveals those behind collapse of national grid