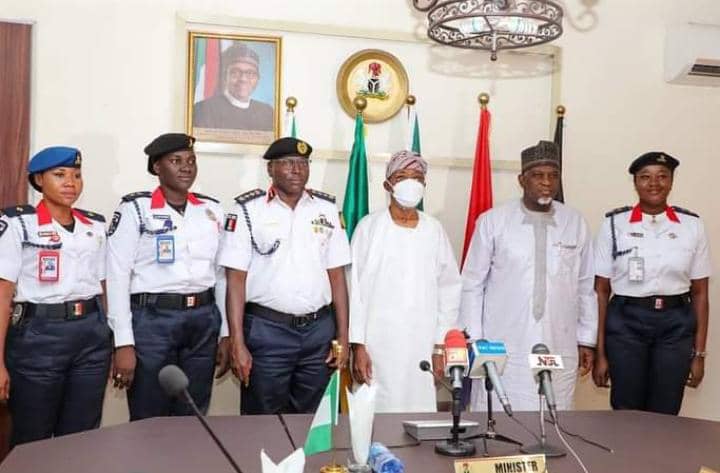 The Minister of Interior, Ogbeni Rauf Aregbesola, on Friday unveiled a new additional uniform to the Nigeria Security and Civil Defence Corps (NSCDC) array of uniforms.

The Minister during the presentation in Abuja said that the uniform was to be added to the uniforms already in use and would be worn every Tuesday.

He hoped that the new white shirt added to the Corps effectiveness, efficiency and improvement in the discharge of their duties to Nigerians.

NSCDC Commandant General (CG), Mr Ahmed Audi, who was dressed in the new uniform said that the uniform was to boost professionalism, character and improve the Corps commitment to defending the defenceless.

He said that the new uniform collar shirt which is in white colour depicts peace and encouragement to personnel.

The News Agency of Nigeria (NAN) reports that the Corps had been using a dark blue uniform that has a red collar and another special uniform for the Corps Agro-Rangers unit.

Audi described the uniform as characterised of a navy blue trouser, white top and red collar which distinguishes it from other security agencies’ white uniform.

He also said that the new uniform is to be identified as “Officers Wear number 5C”.

According to the CG, the Corps caps depicts several meanings: black beret is used for general duty and the white beret is for the provost unit in charge of instilling discipline.

He added that the light blue beret was for the female squad while the red beret is for the corps medical personnel.(NAN)

Buhari assents to Harmonized Retirement Age for Teachers Act, 3 others

Will Smith banned from Oscars ceremonies for 10 years