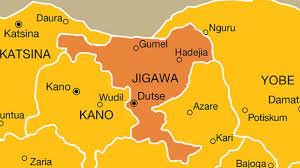 The newly established Federal University of Technology, Babura in Jigawa state is to commence lectures and other academic activities in September this year.

The Vice Chancellor of the university, Professor Sabo Ibrahim Birnin-Kudu who made this known in a chat with newsmen on Wednesday, said academic activities in the university kicks off with two faculties.

Prof. Birnin-Kudu said the two faculties are the science and that of technology, while creation of the faculty of information (ICT) technology follows up early next year.

He stated that, they have already secured a temporary site for the university’s take off in September this year through the Jigawa state government’s magnanimity.

According to him, though they have not formally introduced the university to the Joint Admission and Matriculation Board (JAMB), they will however, ask the exam body to allow them admit the first set of their students.

On accreditation of their courses, Professor Birnin-Kudu stated that they will do all it takes to ensure all the courses introduced by the university get accredited by the National University Commission (NUC) accordingly.

On academic staff to start with, the vice chancellor said they will employ qualified lecturers and also get some from other universities especially those nearby to have them to come to the university on leave basis, while sponsoring those with master’s degree to go for doctorate courses in other universities.

He also cited the tremendous work of establishing a new university as a daunting task, as such, he called on the residents of Babura and Jigawa state in general to be rest assured of his friendship as the vice chancellor.

Adding that, they should however, have it in their minds that being established by the federal government, the university is for all Nigerians and even foreigners who want to come for academic purposes.

Prev Next
53 Comments
Leave A Reply