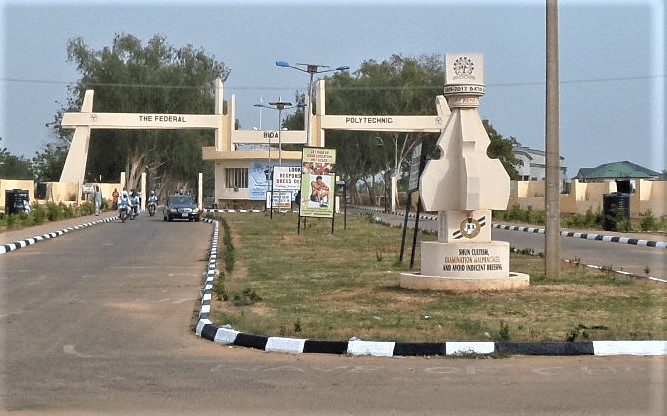 The authority of Federal Polytechnic, Bida, has called on the just appointed Deputy Rector (Administration) of the institution, Dr Henry Koce, to use his wealth of experience to complement the fame of the institution.

The rector of the polytechnic, Dr Abubakar Dzukogi, made the call during the official presentation of the letter of appointment to Koce at the institution’s Council Chambers on Tuesday.

Dzukogi described Koce as “a level-headed administrator who had the ability to work under pressure and turn in result promptly”.

He urged him to improve on the quality of services for the good of the polytechnic.

“These are some of the qualities that endeared you to the management.

“We hope that you will keep up these qualities and even possibly improve upon them,” he stated.

The rector, therefore, encouraged Koce “to hit the ground running in consolidating the gains of his predecessors.

“Your appointment came at a critical period; we are expecting accreditation either from the National Universities Commission or the National Board for Technical Education and you have to finish that assignment”.

He noted that the new appointee would also oversee the Directorate of University Affiliations of the polytechnic.

Dzukogi also expressed gratitude to other members of staff of the polytechnic for their support.

The new deputy rector, who is an alumnus of the polytechnic, expressed gratitude to the rector for finding him fit to be nominated for the position.

Koce promised to work with the rector and other stakeholders to move the polytechnic forward.

He noted that he would live up to the expectations of the management and staff of the institution.

“I started here as a student, as an instructor, as a chief lecturer and today I have risen to this position.

“I think it is an encouragement to some of us who went through the polytechnic. I assure you that I am not going to fail you,” he stated.

Koce is the president of the Federal Polytechnic Bida Alumni Association and the Director, Directorate of University Affiliation of the polytechnic.

The authority of the polytechnic, also appointed Mr Innocent Chima as the Chairman, Governing Council of the institution.(NAN)

Over 9,000 medical doctors relocate to UK, US, Canada in 2 years-NMA