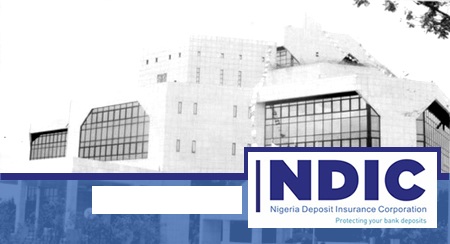 The Nigeria Deposit Insurance Corporation (NDIC) says it has paid N119. 1 billion as insured sums to 5535, 815 depositors, creditors and shareholders of closed banks as at Dec. 29, 2021.

The Managing Director of NDIC, Mr Bello Hassan, disclosed this on Friday in Enugu during the 33rdEnugu International Trade Fair.

Hassan also said that a total of N101. 117 billon had been paid as uninsured sums.

According to him, the corporation has declared full payment of insured and uninsured sums to depositors of 18 banks in-liquidation.

“This implies that the corporation has realised liquidation dividends to pay all depositors of the banks who present themselves for payment.

“The corporation has promptly responded to emerging issues in the emergence of Fintech and other forms of digital financial services with a view to extending Deposit Insurance Coverage to new financial services.

“I assure you that NDIC will not rest on its oars in its unrelenting efforts to protect depositors through prompt operational responses to new developments in the banking system,” he said.

He said that the mandate of NDIC is focused on the protection of depositors, especially, small and less-sophisticated ones against the risk of bank failure.

He said that a sound and stable financial system was the pivot upon which the economic system of any nation rests.

Hassan urged Nigerians to always save money in licensed banks where their savings would be protected by the NDIC.

“People should also endeavour to report cases of dubious activities by banks to Central Bank of Nigeria (CBN) and the NDIC through 080063424357,” Hassan said.

Nduagwuike said that the corporation had through its excellent interventions made people to forget the negative effects of bank failure. (NAN)