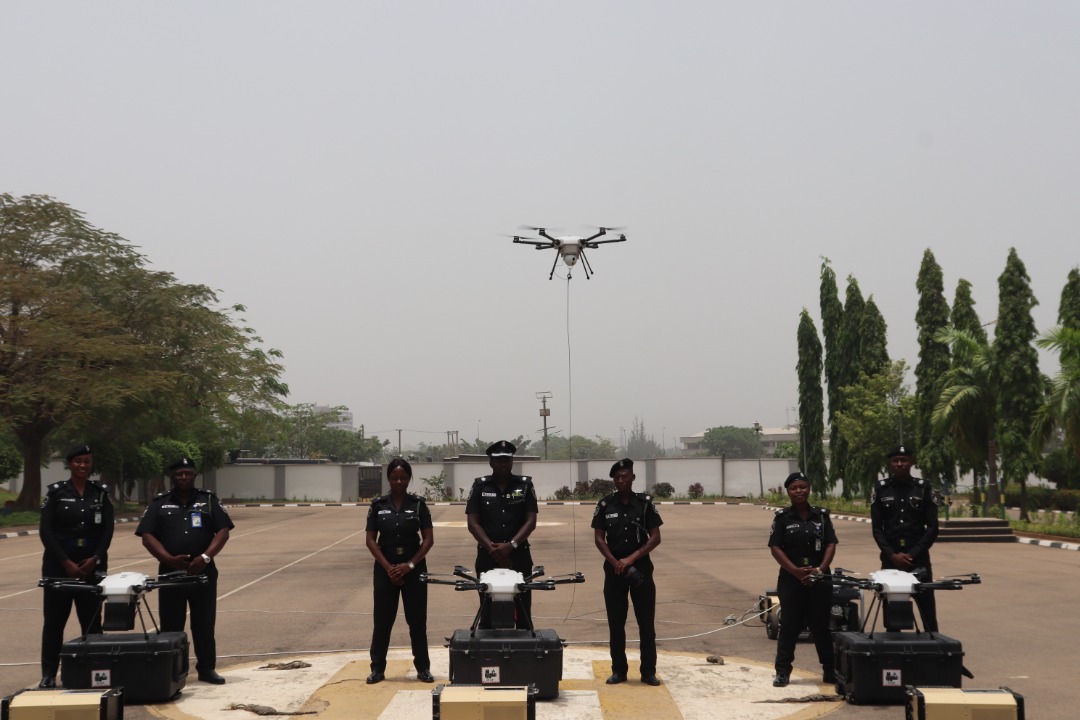 The acquisition is the manifestation of the IGP’s determination to integrate the use of innovative technology in the law enforcement duties of the Nigeria Police Force and ultimately enhance its intelligence gathering and operational capabilities. The drones will assist the Police in monitoring active crime scenes, coordinating response operations, and providing aerial support to responding officers.

The UAVs include an ALTI Transition, capable of covering up to 150km in a single flight with high endurance of up to 14 hours, and an Elistair Orion fixed-wing aircraft, capable of covering up to 92m altitude with high endurance of up to 50 hours and other sensitive and forensic-based features. These UAVs will be remotely operated by police pilots from the Police Airwing who have undergone specialized training from Engineers of the Elistair company, who were flown in from France at the instance of the IGP, for a week-long training schedule, and have acquired technical skills and requisite know-how in the operation and maintenance of the procured UAVs.

The IGP has however directed the immediate, adequate, and strategic deployment of these drones to areas prone to high-security breaches, for monitoring and intelligence gathering to tackle criminality headlong.

The Inspector-General of Police has further reiterated the firm determination of the Police leadership to continue to explore avenues to enhance police intelligence-gathering capabilities and engage the application of cutting-edge technology in the fight against crime and criminality while seeking full cooperation from members of the public on intelligence gathering and vigilance.