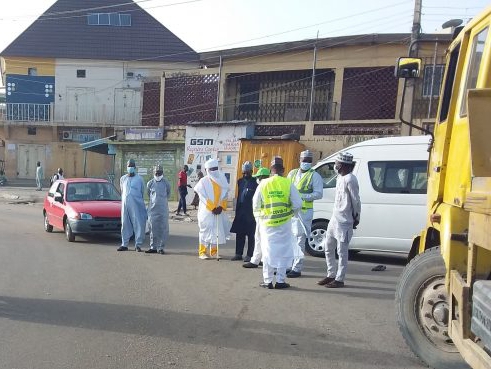 A mobile court operating under the Kano State Task Force Committee on Sanitation, on Saturday, fined 32 defaulters a total sum of N744, 000 for failing to observe the monthly environmental sanitation.

Announcing the verdict, Magistrate Auwal Yusuf ordered El Sadiq Bakery to pay N150, 000 each for opening two of its branches during sanitation hours.

Mr Yusuf said that the bakery was operating without a waiver and in a poor environment.

Read Also:JUST IN: Tension at Kaduna airport as bandits prevent aircraft take off, kill one staff

He ordered the bakery to be sealed until payment of the fine and appropriate cleanliness of the environment to the satisfaction of the committee.

Also, the court fined Yankaba Market Traders’ Association the sum of N200,000 for operating during the sanitation hours.

Other defaulters including private and commercial motorists were ordered to pay the remaining sum of N244,000.

The magistrate warned people to learn from others’ mistakes and abstain from running businesses during sanitation hours. (NAN)

FUD’s college of medicine gets medical and dental council accreditation