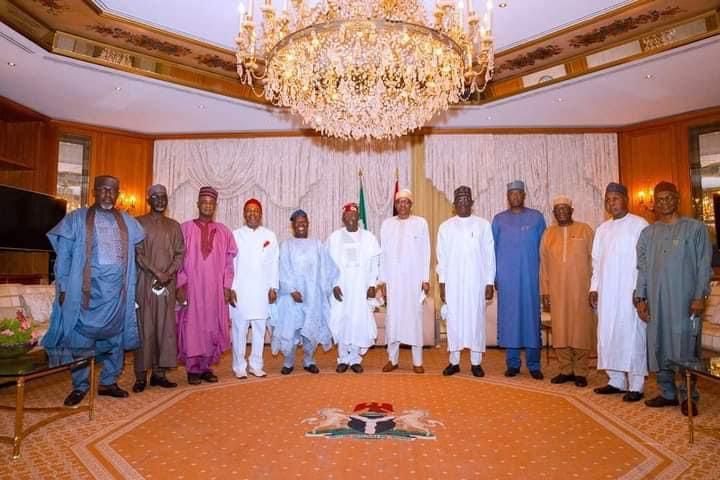 President Muhammadu Buhari has hosted the founding fathers of the All Progressives  Congress (APC), including former Lagos State governor Bola Tinubu, to a dinner at the Presidential Villa, Abuja, on Thursday.

The News Agency of Nigeria (NAN) gathered that the get-together was  to show Buhari’s appreciation to the critical stakeholders for their continued support, understanding and cooperation to his administration.

It was also meant to show appreciation to the founding fathers for keeping faith with the goals and ideals of the ruling party for national salvation.

The engagement was also in furtherance of genuine efforts by the Buhari administration aimed at ensuring a rancour free and successful National Convention of the party, slated for March26.

Read Also:APC Convention: Buhari orders refund of monies to candidates who step down 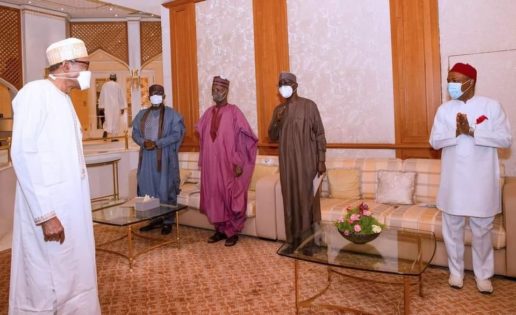 Others are Governors Nasir El-Rufai of Kaduna, Aminu Masari of Katsina, and Minister of Transportation, Rotimi Amaechi.

The Chairman, Caretaker and Extraordinary Convention Planning Committee of the party, Mai Mala Buni, and Secretary to the Government of the Federation, Boss Mustapha, also attended the dinner.

NAN reports that no official statement was issued on the outcome of  interactive dinner as at the time of filing this report.

Buhari had earlier met with APC governors, national chairmanship aspirants of the party as well as the party’s leadership at the National Assembly during which issues relating to the APC National Convention were discussed. (NAN)

Prev Next
127 Comments
Leave A Reply