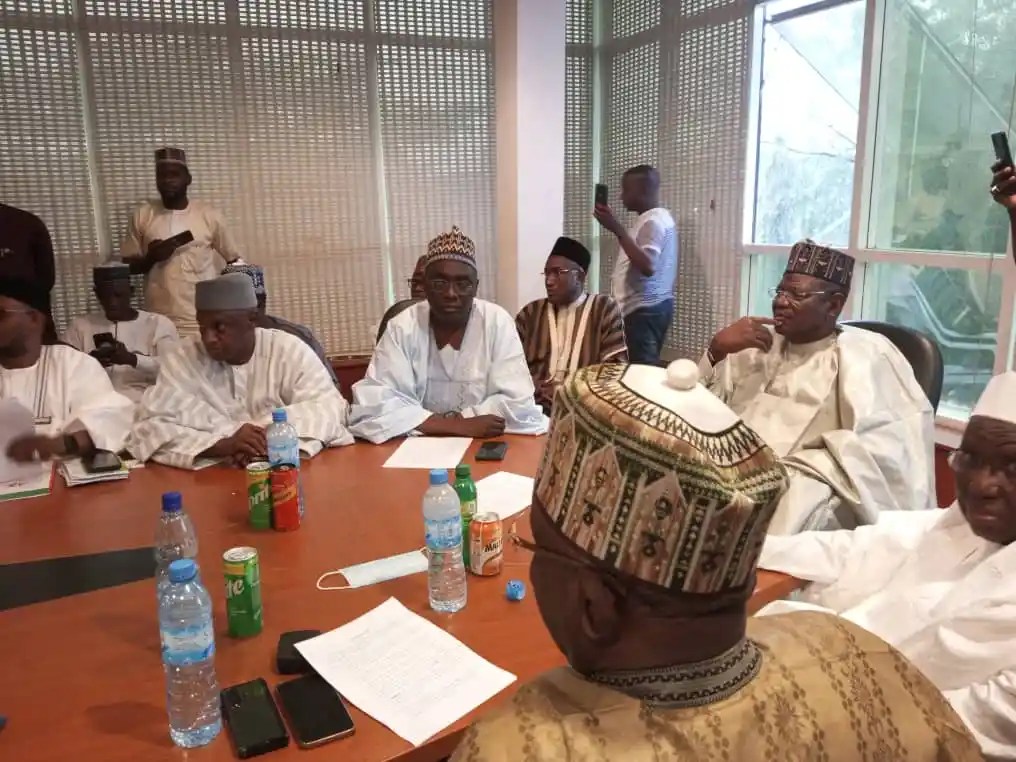 Stakeholders of the Peoples’ Democratic Party, PDP, in Kano state on Tuesday called on the National Working Committee of the party to immediately dissolve the State executives and appoint a caretaker committee to handle the affairs of the party through the electioneering period.

In a communiqué read by Yusuf Bello Danbatta, a former commissioner for Lands and Survey under the Kwankwaso administration, shortly after the stakeholders meeting, held in Kano, said the measure will insulate the party from losing positions in the coming elections due to anti party activities being perpetrated by some members in the state led by Senator Rabiu Musa Kwankwaso.

Among those in attendance were former governor of Jigawa State, Sule Lamido and former Nigerian Ambassador to China, Aminu Wali, Dr. Yunusa Adamu Dangwani and Sen Hayatu Bello Gwarzo among others.

According to the communique, the PDP stakeholders also raised alarm over what they described as desperate attempt by Mr Kwankwaso to control the party while promoting another party, New Nigeria Peoples Party, NNPP.

“This desperation is aimed at sabotaging the PDP in the 2023 elections and beyond. The game plan is to deny the PDP the opportunity of fielding any candidate in the 2023 election, exploiting the time frame of the party timetable set up by the guidelines.

“By maintaining the party leadership hosted by Sen. Kwankwaso, the NCWS is leaving millions of party supporters and sympathisers in limbo,” Danbatta said.

They expressed fear that if urgent action was not taken, the party would end up without candidates thereby clearing the field for NNPP and other political parties.

The Stakeholders however, called on the NWC to consider the possibility of extending the period of purchasing and submission of nomination forms for Kano state by at least two weeks.

They called on all party supporters, members and sympathizers to remain calm as the leadership of the Stakeholders was doing everything possible within the law to ensure justice and fairness.

Reps to report judge to NJC over judgement on Electoral Act