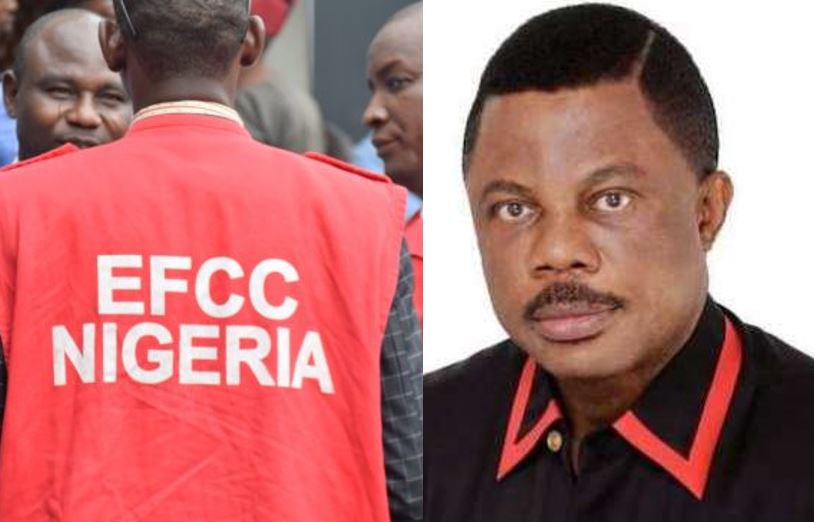 The Economic and Financial Crimes Commission (EFCC) has moved former Anambra Governor, Mr Willie Obiano to Abuja after he was arrested in Lagos on Thursday night.

The spokesperson for the commission, Mr Wilson Uwujiaren, confirmed this when he spoke with the News Agency of Nigeria (NAN) on Friday in Lagos.

“The ex-governor was arrested in Lagos, but was moved to Abuja this morning (Friday),” Uwujiaren said.

The commission busted Obiano at about 8.30p.m., on Thursday, at the Murtala Muhammad International Airport, Lagos, on his way to Houston, Texas, U.S after handing over to his successor, Gov. Charles Soludo.

The commission’s spokesperson said that Obiano had been on the EFCC’s watch list for some months, adding that his immunity as a governor prevented his arrest until he handed over to his successor.

Uwujiaren said the commission had requested the Nigeria Immigration Service to provide information on the former governor’s movement out of the country from airports, or other points of exit from the country.

NAN reports however, that the EFCC  has yet to release details of Obiano’s offence. (NAN)

NAN reports however, that the EFCC  has yet to release details of Obiano’s offence. (NAN)