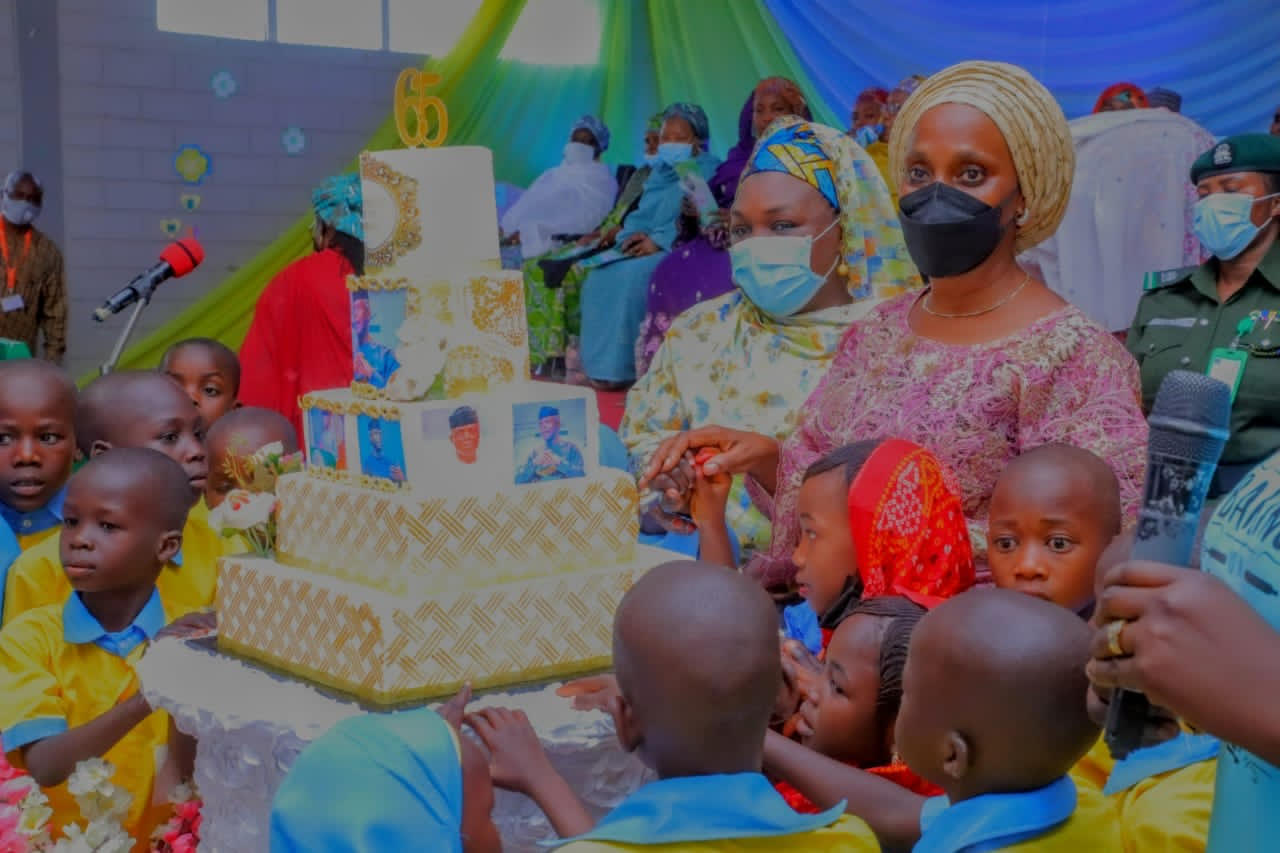 Wife of the Vice President, Mrs Dolapo Osinbajo, was in Maiduguri on Monday to visit the North East Children’s Learning Centre, which is a donor-funded school initiated by her husband on the 8th of March, 2017, during his 60th birthday.

Solacebase reports that the school is designed to provide accommodation, feeding, healthcare and education to about 1,500 children orphaned by Boko Haram across the six states in the North East.

‘’The VP’s wife visited the North East Children’s Learning Centre and interacted with students most of whom were drawn from internally displaced persons camps across the North East, ‘’the statement said.

‘’Mrs Osinbajo assessed the display of entrepreneurship skills by the children in different areas that included making of robots, Tailoring and other facilities.’’

‘’Supported by the wife of Borno State governor and the children, Mrs Osinbajo cut the cake with gratitude to the children.’’

‘’Mrs Dolapo Osinbajo in her remark during a gathering at the centre, said the children are so special and precious to her husband and entire family.’’

According to the statement, in her welcome address, Wife of Borno State Governor, Dr. Falmata Babagana Zulum, appreciated the Vice President’s wife for her visit and contributions to sustaining the objectives of the North East Children’s Learning Centre in the last five years.

‘’Dr. Falmata thanked Mrs Osinbajo, her husband and donors who contributed towards the centre’s establishment, for their unquantifiable humanitarian support, noting that the education and general development of children cannot be left to government alone.’’

‘’The Borno First Lady concluded with goodwill to the Vice President on his 65th birthday.’’