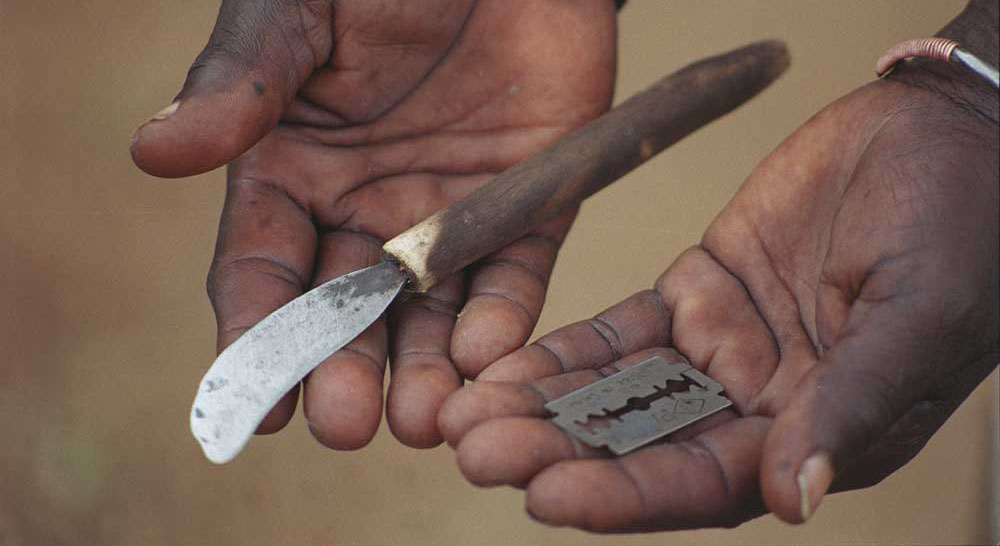 Female Genital Mutilation (FGM) which is the removal of some or all parts of a girl/woman’s external genital parts. This practice which might seem archaic is still very much alive in some part of Africa, Middle East and Asia. And though mostly carried out by local/native doctors, it has in someway been medicalized as a means of validation to the practice as medicalizing it makes it seem safe.

This practice which I think to deem barbaric or even diabolic is employed as a means to preserve the girl/woman’s chastity by muting her sexual urge or stifling her sexual satisfaction. And this is carried out on women mostly within the ages of 0-15 years.

Talking about taking a decision for a person without their consent, FGM is all shades of it; deciding for a person way before they are mentally mature to understand the concept of sex or sexuality that they don’t get to enjoy sex is all shades of diabolism and sexual captivity. This goes to reveal the degree of the female gender marginalization that still exists even in these times; beyond control of movement, free will and personality, beyond control of her ownership of properties and financing sources, denial of education etc. to the control of her God given biological stimulation- this feels more to me like humans playing God!

Sex or coitus, to put barely is the insertion of the male genital organ (The penis) into the female genital organ (vagina)- lets recognize here that though the vagina was built for sex (and birth) the male organ still remains a foreign object to the woman’s body and for some women sex remains painful for them perpetually, lets also take a step back here and remember the excruciation a girl/woman goes through during the deflowering process and even after this. For some, sex remains painful for months before the vaginal orifice relaxes and allows for pleasurable sexual intercourse, if any, and now to say that one of the major spots that even allows for that pleasure is to be cut off in the name of chastity, feels more to me like robotizing- so the man drills through the woman’s pain and anguish, while drinking in all the pleasure and satisfaction- talk about legalized rape!

I think the vagina doesn’t get as much credit as it deserves; from hot blades for mutilation, the excruciating piercing and tearing of deflowering, the pains that follows for a while after that, the continuous sexual activity, to the dilation of the birth canal, then the tearing and stitching of birth itself, and still, it never vanishes from between the legs. Valorous!

And I think the Hymen is a Hero!

Imaging the blood cuddling process of knifing something as delicate as the clitoris of a baby off- I wonder how those who carry this out don’t suffer giddy spells or get hunted in their dreams by the painful screams of these babies- JEEZ! I’ve got goose bumps just imagining it.

This is one practice that needs to be totally abolished- if anyone can scream it from atop a mountain- it has no health benefits to the woman and if anything, the health implications are far worse than any “chastity” benefits that could be thought of it; severe bleeding, VVF, vaginal cysts, infections, delayed conception or lack of conception and childbirth complication etc.

It is the most unfair of all gender inequality practices and the violation the woman’s human rights – sexual excitement is for both sexes and anyone who believes otherwise is a sadist! Any religion or traditional belief that supports this practice is a religion and tradition of psychopathy!

Kwankwaso: NNPP, PDP, any, which way? By Adnan Mukhtar Tudunwada