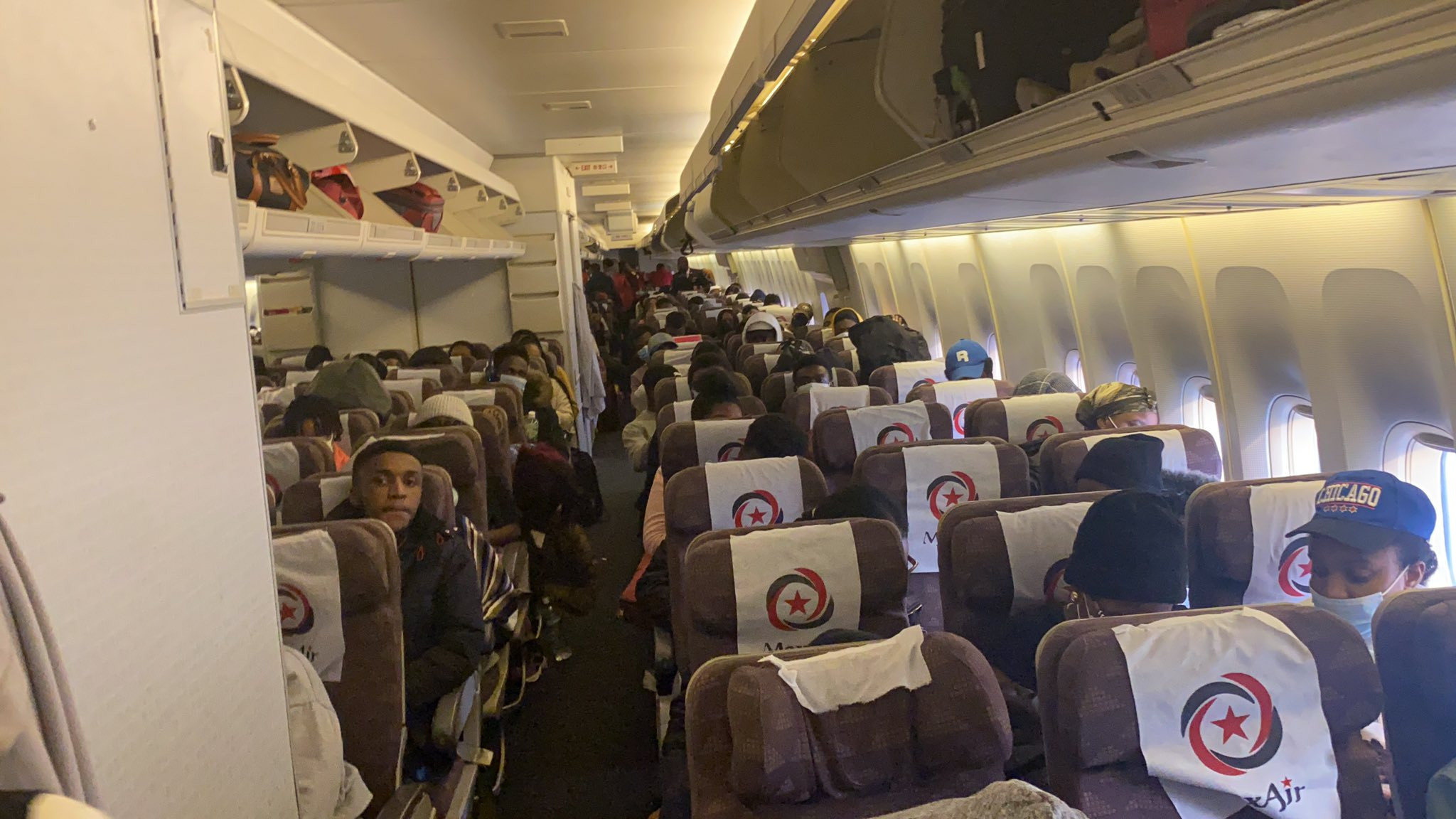 As Nigerians are being evacuated from the war-troubled Ukraine, each returnee will get $100 from the Federal Government on arrival at the Nnamdi Azikiwe International Airport, Abuja.

An estimated 2,000 Nigerians have fled Ukraine, amid a Russian invasion, to neigbouring countries, according to the Minister of Foreign Affairs, Geoffrey Onyeama.

Recall that the Federal Government on Wednesday said it has approved $8.5m for the evacuation of citizens.

The money was released immediately for the urgent operation.

According to the Minister of State for Foreign Affairs, Amb. Zubairu Dada, the countries where the pickup flights would be headed include Poland, Hungary, Slovakia, and Romania.

The Nigerians Ukrainian-returnees arrived from Romania aboard Max Air flight. Majority of them are students aboard Max Air 747, which arrived Abuja at about 7.15am.