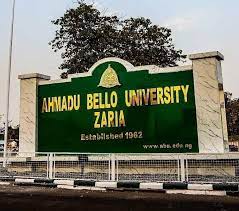 Ahmadu Bello University ABU, Zaria,  has reconstituted the Board of Trustees for its Endowment Foundation with former Secretary to the Government of the Federation, Alhaji Mahmud Yayale Ahmed, appointed to chair the ambitious project.

Ten other distinguished Nigerians have also been appointed to serve on the Board as members.

‘’Registrar and Secretary to Council, Ahmadu Bello University is to serve as the Secretary of the Board.

‘’The reconstitution of the Endowment Foundation Board of Trustees followed approval of the University Governing Council at its 194th (Regular) meeting held in February last year. ‘’

‘’The 12-member Board of Trustees had already been inaugurated at a zoom meeting held in Abuja.’’

According to the statement, the Board Chairman, Alhaji Mahmud Yayale Ahmed, CFR, who was Secretary to the Government of the Federation, spoke on behalf of all other members, saying that they all accepted to serve and work collectively to achieve the purpose for which the Endowment Foundation was established.

‘’Alhaji Yayale Ahmed, who is a former Minister of Defence, and currently Ajiyan Katagum, a prestigious traditional title in Katagum Emirate in Bauchi State, also said that the trust in them by the University and its key stakeholders was not misplaced.’’

‘’The former Head of Civil Service of the Federation, who expressed satisfaction with the readiness of members of the Board when they were individually asked to comment at the inaugural meeting, further assured that they would work in line with international best practice in order to succeed. ‘’

‘’In his remarks at the inauguration, the Vice-Chancellor, Prof. Kabiru Bala, thanked the Chairman and members of the Board of Trustees on behalf of Council, Senate, Managements, Staff, Students and all other stakeholders for accepting the appointments, and their readiness to contribute in this capacity. ‘’

‘’Prof. Bala described ABU as the largest University in Sub-Saharan Africa, and one of the largest in Africa, both in terms of its physical infrastructure and academic programme offerings, hence the decision to reconstitute the Board of Trustees for its Endowment Foundation to sustain its position. ‘’

He stressed that it was obvious that enormous amounts of resources were required for routine teaching and research, as well as operations and maintenance of the system.

“To say the obvious, the budgetary provision by government – the proprietor – Is grossly inadequate. The only other source is the student charges (not fees) which are too meagre to make any reasonable impact”, he said.

The Vice-Chancellor also stated that it was clear that government alone could not provide for the needs of universities and that the current situation was clearly not sustainable and something drastic needed to be done.

To this end, the Vice-Chancellor further explained that the University was developing what it referred to as ‘Centenary Sustainability Plan’ aimed at making ABU financially sustainable by 2062 when it would celebrate its centenary as an institution.

The Vice-Chancellor, who said that ABU’s Directorate of University Advancement would be really available to support the Board of Trustees in areas such as data on alumni contacts, explained that the University Governing Council would expect to receive a periodic report of the activities and performance of the Board.

Why I want to be president—Tinubu