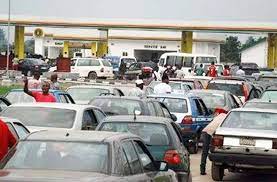 The hydra-headed problem of maintaining regular supply of petrol across Nigeria is once again raging and the feeling of despondency among the citizens is deep. What started as a new variant of the old malaise in the form of importation and distribution of sub-standard petrol and consequent efforts to retrieve it from the supply chain, is now manifesting as the notorious “fuel scarcity” with endless queues at filling stations and numerous black market street vendors making hay while the sun shines.

Contrary to the blame game culture’s tunnel vision fixation with NNPC-bashing, my sincere view takes a cue from the incisive diagnosis delivered by none other than NNPC’s chief executive Mele Kyari at the Nigerian Guild of Editors conference in Abuja last year.

By now Nigerians must have recognized his candid disposition towards unraveling contentious issues pertaining to the nation’s oil and gas industry, drawing from his experience and expertise as long-serving technocrat in NNPC  and a down-to-earth understanding of what has come to be described a s the “Nigerian Factor”.

Wherever such professional intelligence connects with native savvy in a concerned citizen, you can expect invaluable comments and this what Mele Kyari contributed to the editors’ summit when he spotlighted the Nigerian elite’s culpability for the nation’s seemingly intractable petrol supply problems, giving examples of Nigerian factor at various levels, from government to the private sector, from bureaucrats to businessmen. The tendency to locate the entire blame in government/NNPC is widespread but misleading as an approach to resolving the challenges effectively.

You don’t have to be a petroleum engineer or an economist to establish a causative link, for example, between the proliferation of black market petrol street sales points and the periods of supply shortages, irrespective of the cause of the shortage. This issue comes up at this time that the queues at filling stations persist even after significant success in re-blending the “bad fuel” and restocking the supply chain.

It is beyond contention that the authorized petrol marketers sustain the black market for petrol, and on this I am an authoritative commentator. Living close to a filling station affords one the opportunity to familiarize with the goings-on. Apart from the manipulation of the pump output mechanism to short-change unsuspecting customers and the mischief of pump attendants who distract customers attention from the meter while continuing with the previous customer’s bill, we are living witnesses to the night-time deals through which black marketers are supplied fuel by recognized marketers at filling stations.

Considering the cash windfall accruing to the authorized marketers from the black market, it is so obvious to understand why the filling stations are often shut without any reason and at the slightest excuse. Black market sales points are in fact pirate branches of the authorized dealers. The appearance of all sorts of black marketers with no shortage of supplies, selling at highly inflated prices at this time leaves no doubts about the brazen complicity of authorized marketers in the diversion of fuel to these vendors. Elsewhere we see teams from the petroleum sales regulatory authorities raiding shut filling stations and forcing them to sell to frustrated motorists queued outside.

These scenarios are playing out across the country as acts of sabotage of measures to restore normalcy including the successful blending of over 50 percent or 45 million litres of the bad fuel. The Nigeria Union of Petroleum and Natural Gas Workers, NUPENG, which had issued a 24-hour ultimatum with effect from midnight on February 27, 2022, to marketers to revert to the official rate of N148.77 or face unpleasant consequences, has now said members would not lift products for depot owners selling above official depot price.

NUPENG’s President, Prince Williams Akporeha said “these marketers are behind the worsening scarcity and upsurge in the black market, where the black marketers sell at any price to desperate consumers. They are not just hoarding the products, but also selling far above the official depot rate”. He disclosed that the union had also set up a taskforce for daily monitoring and enforcement of the official depot rate across the country to ease the suffering of Nigerians. The Union’s General Secretary, Mr. Afolabi Olawale, said “ any depot that is not selling at the official rate, our members will not carry their products.”

What this depicts is the “Nigerian Factor” at work. Notwithstanding the best efforts of NNPC Chief Executive Mele Kyari and regardless of the harrowing ordeal of motorists queuing at filling stations under the blazing sun and the unavoidable hiking of transport fares worsening the inflation rate, some authorized petrol marketers have no qualms capitalizing on such predicament with impunity.  It also shows how Kyari’s frank diagnosis is relevant in any serious effort to overcome the unfortunate and avoidable challenges of our petrol supply system.

For various reasons the elite business executives dealing with the reputedly lucrative fuel importation as well as those overseeing the process for compliance with specifications somehow failed in their duties and dumped sub-standard petrol on our depots, resulting in pollution of the domestic supply, disruption of distribution to contain the situation, not to mention costly damage to some cars. Incredibly, another set of Nigerian elite in charge of marketing and distribution saw this as a source of extra profit by hoarding their stocks of clean petrol from direct sale to motorists and instead diverted them to black marketers, forcing motorists including transporters to endure endless queues or pay higher to get petrol.

From all indications therefore, achieving attitudinal change among Nigerian elite is the more urgent challenge facing the country, which should be pursued with as much commitment and vigour as required to facilitate success of efforts of people like Mele Kyari to make the best of a bad situation by dint of exemplary leadership. The Nigerian Factor should be rid of its unpatriotic, selfish and sadistic symbolism if Nigeria is to stand a chance of progressing and developing to meet the yearnings of its long-suffering citizens.